A Kenyan Defense Force Soldier who is reported to have been shot dead by bandits in Laikipia was buried today in his hometown of Baringo.

In an incident that has sparked Alot of angry reactions from his father and mother, the deceased is reported to have died on the spot after he was shot by a couple of bandits who have been terrorizing residents of Laikipia and its surrounding.

A few days ago, a number of residents were forced to flee from their homes after a continuous banditry attack in the region that left a number of people dead among them, several police officers who were shot in a deadly shoot out.

However, according to the reports given by riftvalley police commissioner Goerge Natembeya, he revealed that residents were starting to get back in the region due to the fact that the police were able to take control of the region.

While reacting to the man's death, a number of residents from Baringo have called upon President Uhuru Kenyatta wanting him to deploy several police officers along with KDF soldiers in the region in order to reduce the ongoing tension in the region.

Most residents blamed the death of the deceased on the government saying that it was so unfortunate that most of these soldiers had to die despite the fact that the government knows that this has been happening for a long time.

At the same time, the parents of the deceased revealed that he had Alot of dreams especially when he was decided to join the KDF forces. In their own words, they said that the deceased along with other soldiers wouldn't have died if the president had decided to handle this issue once and for all adding that this is what makes it painful for them. 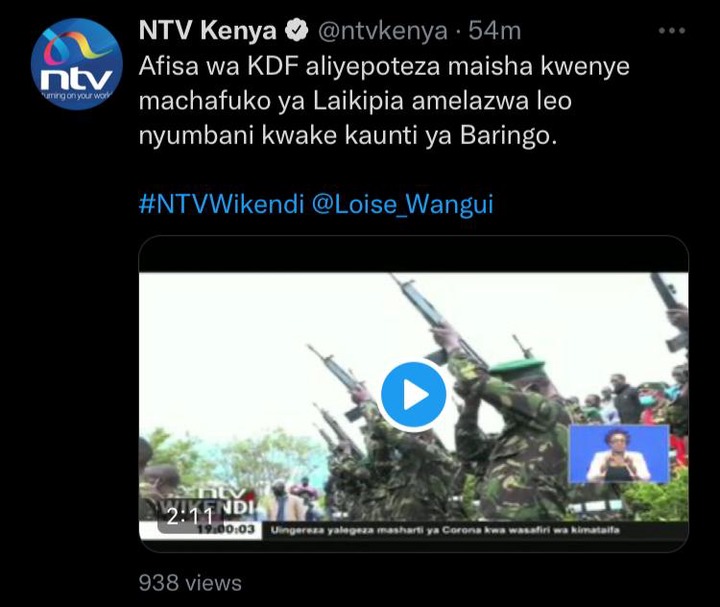