Rescue Missions For Tom Okwach, a Miner Who Is Still Trapped In Abimbo Goldmine, Enters Its 20th Day

By Owis (self media writer) | 6 months ago

Rescue mission for Tom Okwach, a miner who is still trapped in the collapsed Abimbo goldmine, enters its 20th day, Siaya County.

The latest development comes barely threee days after the excavators helping in rescue mission were taken.

He revealed that the Siaya County government was in close talks and making plans to bring in specialised machinery to fasten the process.

The rescue missions have been underway in bid to pull out Tom Okwach, 35, who is still buried in the collapsed goldmine mine.

On December 2, 10 miners were buried alive after the mine collapsed during the midday.

Eight miners were pulled out, however, one lost his life. The family of Tom Okwach miner has urged the county government to use specialised excavators to pull out their son. As at Wednesday, the local gold daggers were still ongoing with their rescue operations to pull out their friend.

According to the head of local diggers, Nobert Aketch and Edwin Ogilo, they were too close to Tom Okwach and could pull him out within one day. 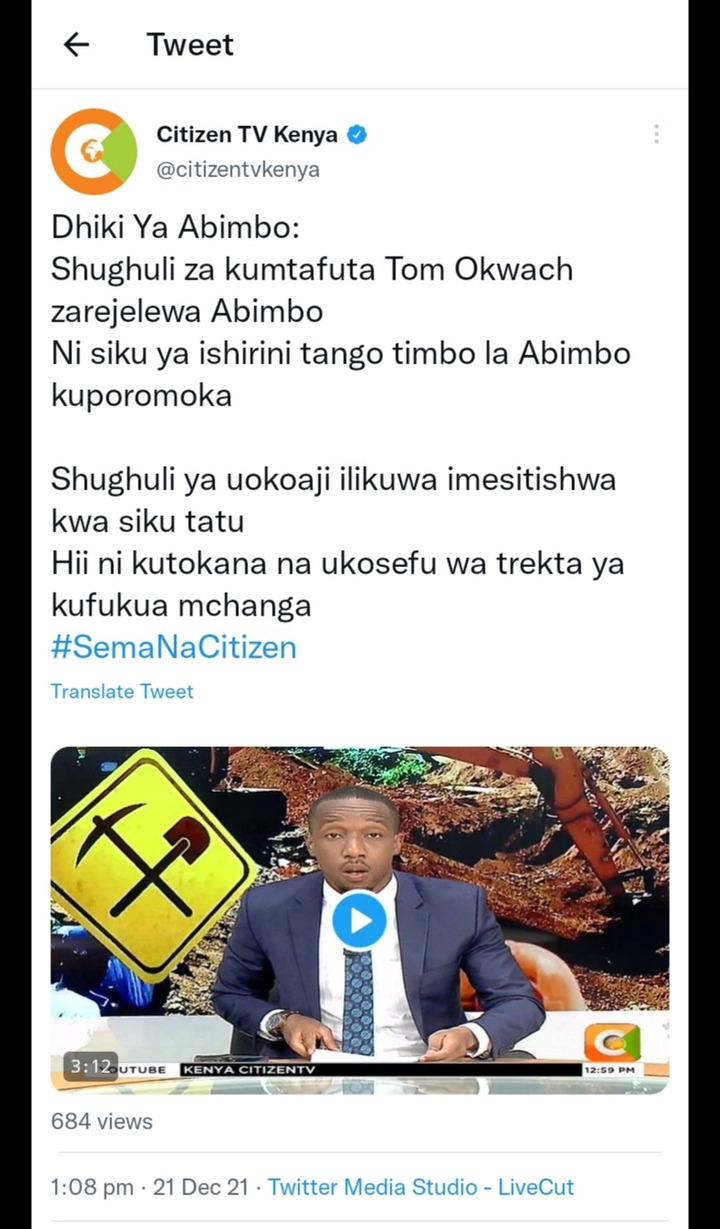 Kabogo Goes After NTV Bare-knuckle Over a Cartoon Against Him