Disco Matanga' as it is popularly known by many is an act where mourners camp at the deceased home at night in what is referred religioulsy as 'Night Vigil'. 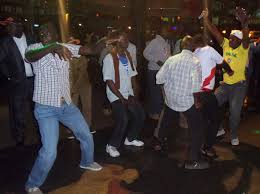 Earlier before the act was robbed of it's original purpose,it used to serve to console the bereaved as well as raise funds for them.

However,the whole thing has been turned into a platform where all kinds of evil activities are done.Teenagers have taken advantage of these events to engage in immoral behaviours that have so far had negative consequences.Approximately every week,there are atleast two funerals within the region.

Information received from some teenagers from Mugen region in Kemeloi/Maraba ward,reveals the disheartening acts during these night discos. 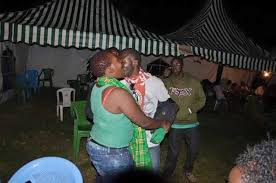 The 'disco matangas' usually attract more than 200 teenagers from within and outside the region,others having to walk tens of kilometres to attend the event.

Many claim that it is only during these events that they are able to meet their counterparts of the opposite sex.This acts are always accompanied by dances and singing.Many also find the event as an entertainment site. 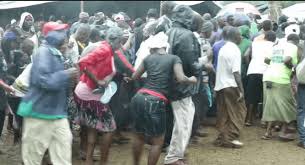 The youths are said to be utilising the bushes and using their neighbouring friend's houses to fulfil their intimate acts.

Another worrying act engaged by these teenagers is that they usually arm themselves with crude weapons such as matchettes,axes and swords.These weapons are used to break into peoples shops and houses as they head to the disco matanga.Many raids into shops and people's houses and farms are said to be reported during funeral days.

The weapons have since caused fights among the various pacts among these teenagers,an act that has led to a series of revenge between various small organised gangs formed on basis of locality and ethnic groups.This has nearly culminated into tribal wars between the two communities residing in the region.

As evidenced from two recent funerals,one at Mugen village and the other at Kamalaibei where fights emerged between two pacts whereby the second fight experienced at Kamalaibei was meant to revenge against the other pact which had been threatening people during such events.

All these has led to high number of Pregnancy cases in the region.Others have dropped from school.The HIV infection rate in the region is also high owing the unprotected sex.Also,there has been an outcry by teachers from the schools around on the high rate of indiscipline cases experienced in their schools.

The area local authorities should take stern immediate action to prevent further serious repercussions that are likely to be associated with these disco matangas.

This comes few months after the Interior CS Fred Matiang'i banned such events in Tranzoia and Busia Counties.