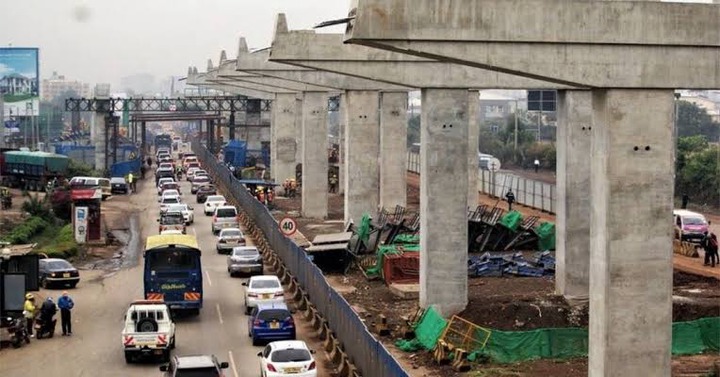 The Kenya National Highways Authority (KENHA) has provided an update on the ongoing Nairobi Expressway construction, which is affecting traffic flow along Mombasa Road.

KeNHA revealed in a public notice on Tuesday, November 7, that ongoing construction work on various sections of the road would cause traffic disruption in five sections along the expressway.

Notably, the authority stated that at the U-Turn from Allpack Service Road, a service lane to Mombasa Road had been blocked, providing motorists with an alternative route. 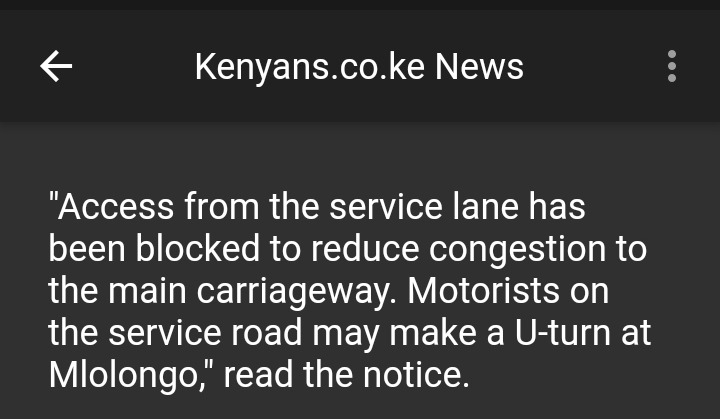 Furthermore, the notice stated that traffic would be expected at the Gateway Mall, where an oil pipeline that crosses the expressway is currently being evacuated.

Other areas mentioned in the notice include the General Motors area, the Capital Center, and the Bunyala Roundabout, which extends to the University Way due to construction.

Furthermore, the road agency warned motorists of the possibility of flooding, which has already occurred on some roads in the capital. KeNHA revealed that plans to resolve the issue were in the works.

"Various sections of the road have experienced flooding as a result of the ongoing rains, and civil and drainage works have been prioritized in the affected sections," the road agency warned.

In their notice, KeNHA also stated that they were monitoring traffic flow between Mlolongo and Westlands to ensure free flow of vehicles.

KeNHA went on to assure motorists that the section of road between Haile Selassie and the University Way Roundabout and Gateway Mall, which had been closed, would reopen on December 15 as planned.

Incredible benefits of sunflower oil for your skin

Why you should think twice before converting your car from Petrol to LPG.

How does the brain of an autistic person work?

3 Powerful Breaking Techniques That Will Calm Your Mind.