By MissieJoanne (self meida writer) | 26 days

The National Police Service and several media presses have rubbished a wrong report going around containing fake stamp from Inspector General Hillary Mutyambai. According to the note going around, killing of innocent youths was a point of major concern. 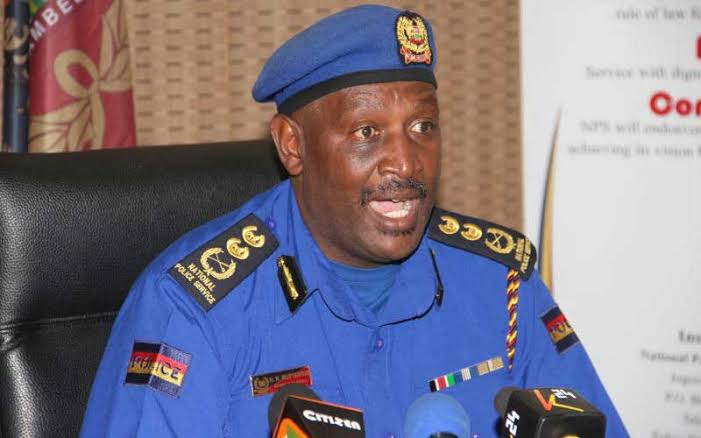 This comes few days after we heard different killings involving youth. The first case was of Kianjokoma boys, Kitengela four brothers suspected to be cattle rustles and latest one being 21 years old boy who was shot dead by police officers today in Kahawa West. 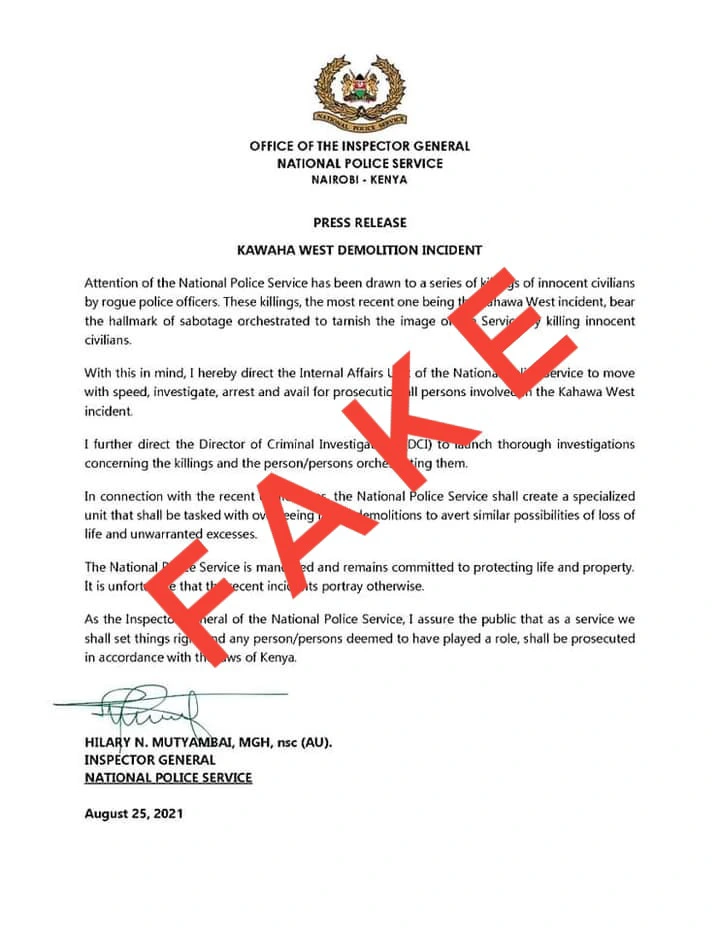 According to the letter, it had been noted that Hillary Mutyambai has launched investigations meant to check on police officers who kill innocent people randomly. It had been noted that Directorate Of Criminal Investigations has put an eye on officers who involve themselves in murder cases. It has been reported that the letter is fake and no statement has been released by Mutyambai concerning police officers. Kindly consider this letter as fake. In the meantime, stay safe to avoid rubbing shoulders with police officers. 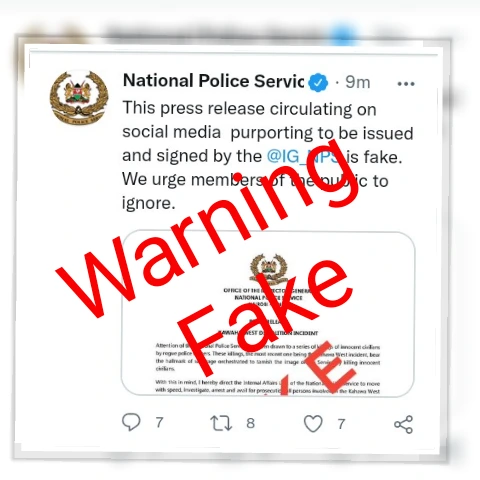 Something Is Brewing? Ol Moran Tensions Reignites As Another Deadly Attack Emerges

The Most Protected Building In Kenya (PHOTOS)

Police Reveal The Cause Of Ofafa Jericho School Fire In Nairobi, After 50 Students Were Hospitalised