By Thegreatwritter (self media writer) | 4 months ago

A man in his early thirties from Central Kenya has been admitted in hospital with private party injuries which he allegedly received from his wife on Wednesday night. 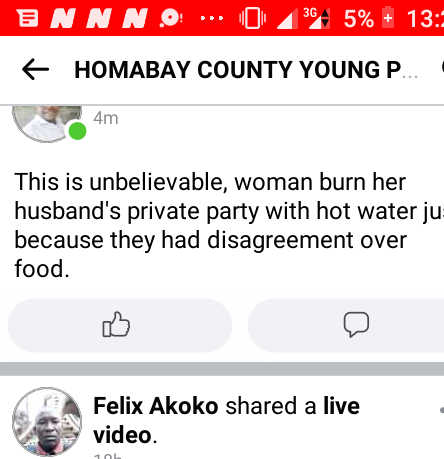 Jared is reported to have been attacked by his wife when he was asleep at around 9pm after he had arrived home drunk.

According to his younger brother, Jared arrived home some minutes to seven as usual and asked for food before his wife started engaging him in a serious bitter exchange of words.

His wife seemingly accused him of spending money on other women and not providing for his family.

"Did you leave any money for food?" She asked. The brother further said that Jared proceeded to the bed to sleep before his wife attacked him few minutes later.

She boiled hot water and on Jared's private part as he was deep asleep, leaving him with serious burns on his private area. 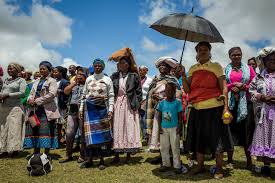 photo courtesy of a past similar incident.

Jared reportedly cried out in Pain attracting the attention of the neighbours who ran into their house to see what the problem was.

The neighbours Narrates that the suspect fled to unknown place and is still at large.

They rushed him to the hospital where he is still receiving treatments as the doctors have since confirmed they Jared's condition is improving.

The matter was later reported to the local area Chief who promised to ensure that justice is served to the victim.

Reliable sources has revealed that the couple has been having unending family disagreement whereby Jared has been threatening to bring in a second accusing his current wife of being stubborn.