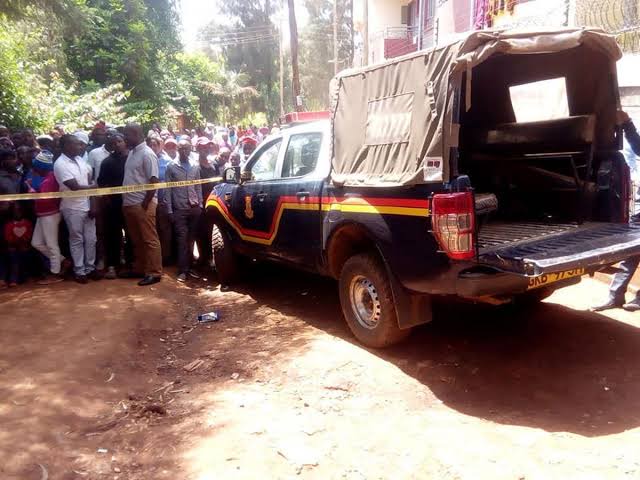 The last incident from a man who allegedly murdered his wife alongside four children has now been disclosed by the standard newspaper. The suspected murderer by the name of Paul Murage is accused of allegedly murdering his five family members before walking up to the police station with two packages of bhang. 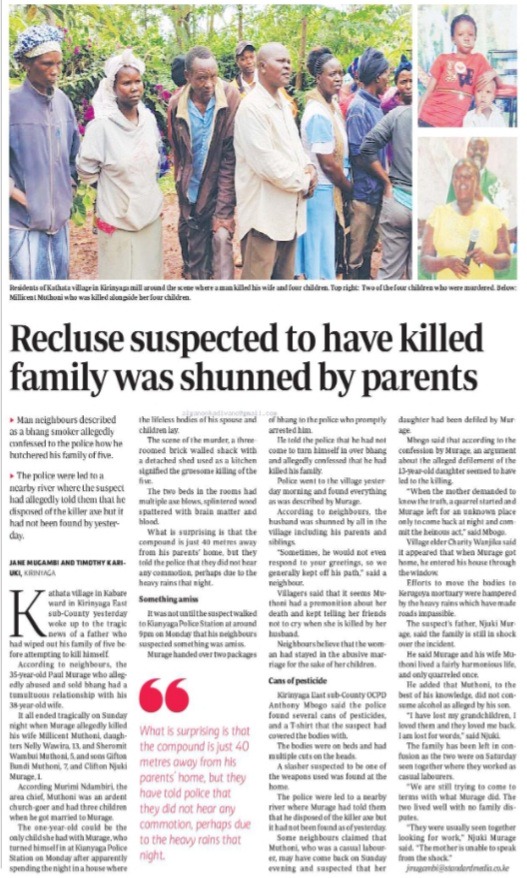 The alleged killer then opened to the police after he was instantly arrested for having the illegal drug. He told the police that having bhang was not the main reason why he was going to the police station. He disclosed that he had murderer five family members which included his wife, his two daughters and his two sons.

The villagers revealed that the alleged murdered wife had long been revealing that he will be murdered by her husband while urging the villagers not to cry when she has been murdered. This new revelation has taken many people by surprise as the police start a series of probes into the murder incident.