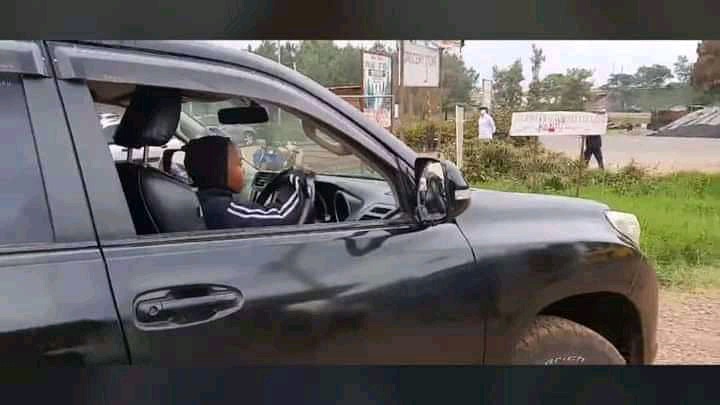 The kenyan road rules clearly states that persons under the age of 18 shouldn't be allowed to drive as it is considered that they can not make good decisions hence endangering other road users. For a long time driving cars has been a thing of the old people more so those above the consent age of 18 years.

Few Days Ago a video for a seven year old boy went viral in the media as he was seen perfectly driving a Big SUV vehicle A Land cruiser TX. The young boy was however seen driving the car at a public place that was risky to other road users. 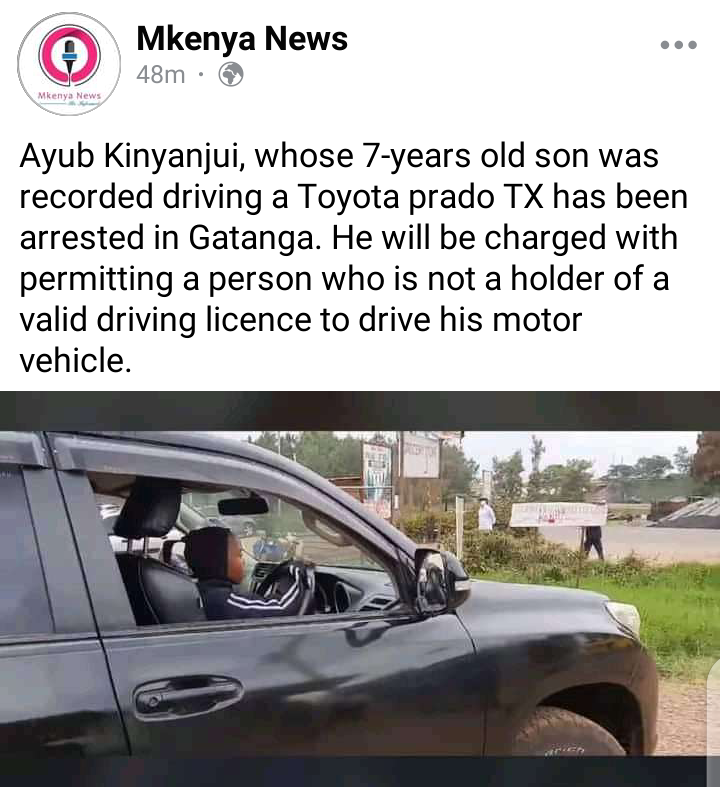 However no accident occured in the viral video, according to law the act that the boy did was against the law and hence the owner of the vehicle has to be arrested for allowing a minor drive his car. The owner of the TX is no other than Ayub Kinyanjui who today evening have been arrested by the Director of Criminals Investigation after kenyans caused an uproar in the internet.

The arrest of Ayub Kinyanjui has left kenyans with alot of reactions as some see the act as petty and one that doesn't deserve the attention given by the police. However, some kenyans are in Jubilation as the arrest of the seven year old boy's father is lawful and would serve as a lesson to others who may want to do the same .

Here are some of the reactions from kenyans over the arrest of Ayub Kinyanjui: