By GlobalTV (self meida writer) | 24 days 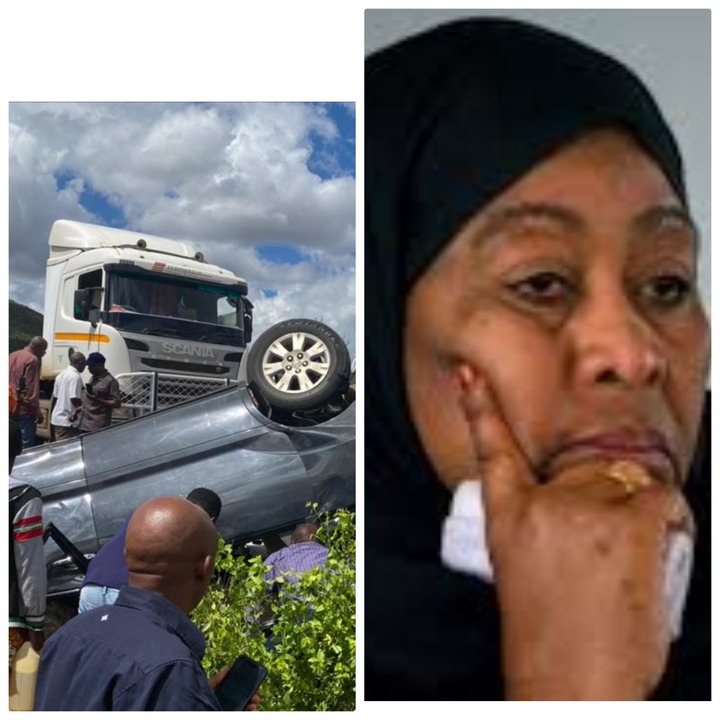 Some of those who died in the accident that happened this evening after a Toyota Alphard collided head-on with another Toyota Noah, were mourners who were traveling from Arusha to Lushoto in Tanga region.

Kilimanjaro Regional Police Commander Amon Kakwale previously told reporters that six people died on the spot but reports from Same District Commissioner Rosemary Senyamule state that the death toll was 10 and 12 were injured.

"Alphard got a flat tire (rear wheel) and swerved to collide with the Toyota Noah and 10 people died and 12 were injured. Twelve injured people were taken to the same district hospital."

"Five of the injured were in critical condition and had to be taken to KCMC. Here are seven people left who continue to receive treatment. Four bodies have been identified and six of their relatives were still being sought, ” she said. 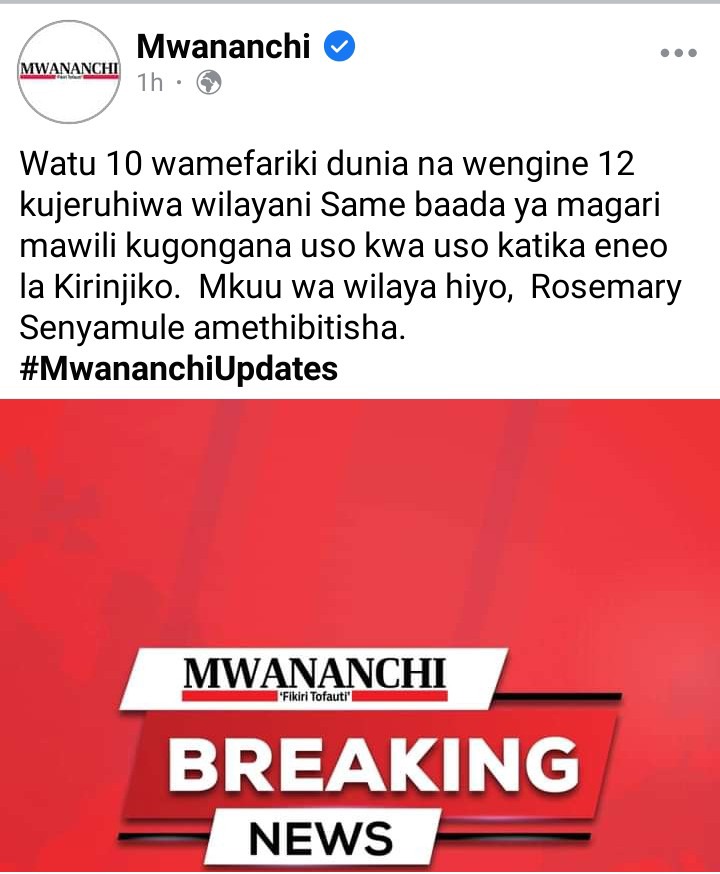