The father to the child serial killer Masten Wanjala has finally come out clearly to state his minds following the shocking details about the killer that he escaped from the police station where he had been kept for 21 days as he was awaiting to appear before the Court for the final judgement. 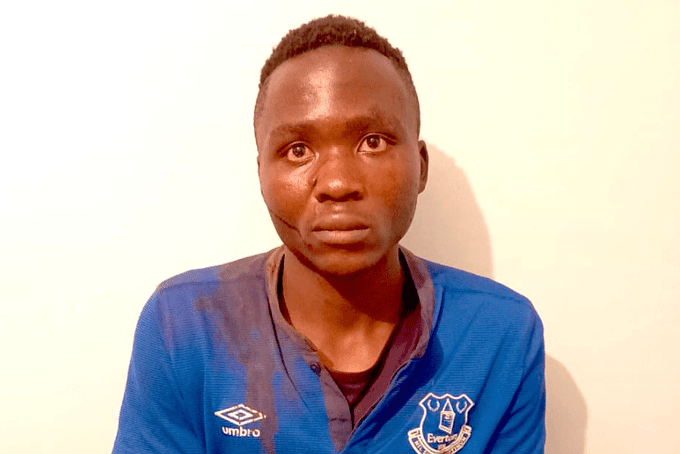 According to Wanjala's farther, he was so much shocked and at the same time surprised to testify that his son has escaped from the police station where he was confined waiting for judgement day. He went ahead to reveal that he has never set his naked eyes to his boy since he was arrested.

With great paid deep in his heart, he has bitterly blamed the police officers who were on duty for reporting that he has escaped and yet they were there to ensure he does not escape.

In his statement as quoted by the local TV station NTV, he revealed that he is not interested with seeing his son and that the investigation will should done with great force so as to ensure he is arrested within the shortest time possible. 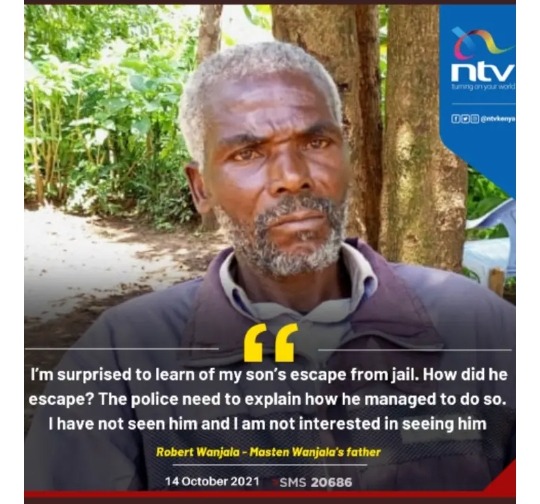 On the other hand, netizens have felt the pain that Wanjala's dad is experiencing from the evil acts exposed after he was allegedly reported to had killed a total of ten children where he accepted that he was doing it through sucking of their blood.

Taking to social media, Kenyans have shared there mixed reactions following the words that the farther to Wanjala the serial killer said.

@lubisiaallan~it is so much painful as a parent to have your own child making headlines in the country for claiming the lives of young children, actually what the farther is saint is through the deep pain he is experiencing.

@kutolocalistus~always a parent feel so much proud when his/her son is known for good deeds not only in the country but also within the localities.