Are The Amario Kids Paying For the sins Of Their Father? 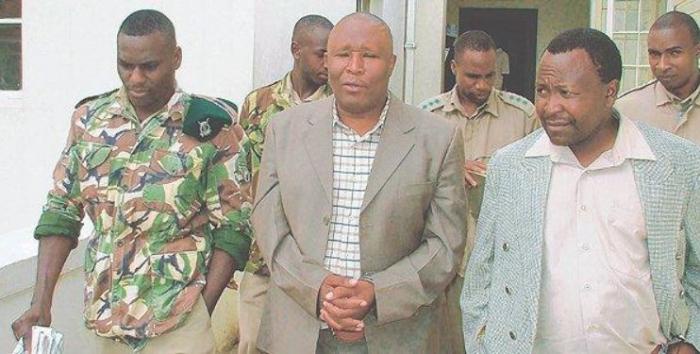 This week’s court case of the feared ex-convict Amario’s daughter and her brother brought forth the daughter’s woes, and her previous ghastly pale photo looking sickly and undergoing kidney and liver problems, just after having undergone surgery. However, for some, it evoked memories of a darker incident involving her father.

It was an incident traumatising to even listen to, and kids back in the nineties would have nightmares at night simply recalling grownups narrating it. The incident reads like a script straight from the mafia mobster family series, The Sopranos. Gitau Karago. Makimei Njoroge was manager in Amario’s Murang’a depot. Gitau Karago was the assistant manager. It was claimed that the two had been forging bank statements and stealing from Amario. He sacked them. However, the story doesn’t end there. After all, nobody steals from Amario.

Their fallout with Amario happened on the last week of 1995. A week later, Karago was found dead under circumstances that were not only sickening but also repulsive and disturbing. A six-inch nail had been driven into his head. To make it even more bizarre than it already was, Makimei Njoroge was found by his side but very much alive, although unconscious.

Njoroge pointed at his former boss and three other men as the culprits, but Amario insisted that Karago was “mauled while walking in the hyena-infested Mirera area of Naivasha”.

Amario was charged with murder in January 1996, but the State dropped the charges five months later.

He was later arrested on fresh charges of robbing a worker of Sh15,000 at gunpoint.

He was remanded at Makuyu before being transferred to the Industrial Area Remand Prison in Nairobi where he was accused of smuggling in food.

In October that year, Amario was transferred to the Kamiti Maximum Security Prison “where he couldn’t smuggle in anything”.

And, as Amario pleaded his innocence, arguing that he was a “victim of state persecution”, the fortunes of his distillery went south.

The more than Sh1 million he had left in his bank account had been run into the sands, forcing him to start almost from scratch when he was finally released in 1999.

His then wife Sally and five children had run away