Early this morning, a law enforcement officer from Kabete shot his wife leaving her dead and shot five other people before shooting himself. The officer who has been identified as Benson Imbatu also put his house on fire. 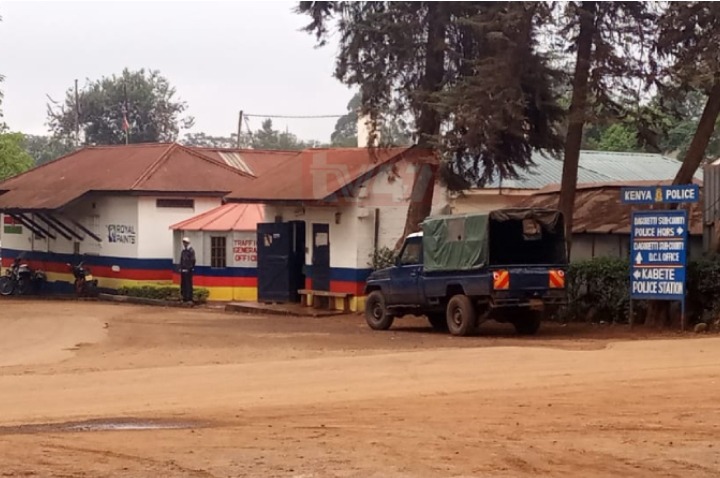 Police reports say that neighbors heard a loud bang from the residence of the officer where he lives with his wife Carol. This was at 1 am. Police officers from the Kabete police post rushed to the seen only to find the wife dead with a wound on her neck.

The officer was armed with an AK47. After shooting the wife he opened a spree where he injured five people among them two bodaboda riders. One of the riders died while at the Kenyatta National Hospital.

"Two other people sustained gunshot injuries and are undergoing treatment at KNH. The officer later committed suicide by shooting himself on the neck. The firearm was recovered with four rounds of ammunition. Four empty Cartridges were also recovered," police reports stated.

The Police Commander, Francis Wahome has launched investigations to find out what could have caused the officer to do the act.

"Stop Hating My Little Sister" YY Comedian Opens Up On Kenyan's Who Are Hating Bridgit Biema.