Residents of Trans-Nzoia have lynched a man who is reported to have been busted trying to steal one of the locals Cattles in their shed. 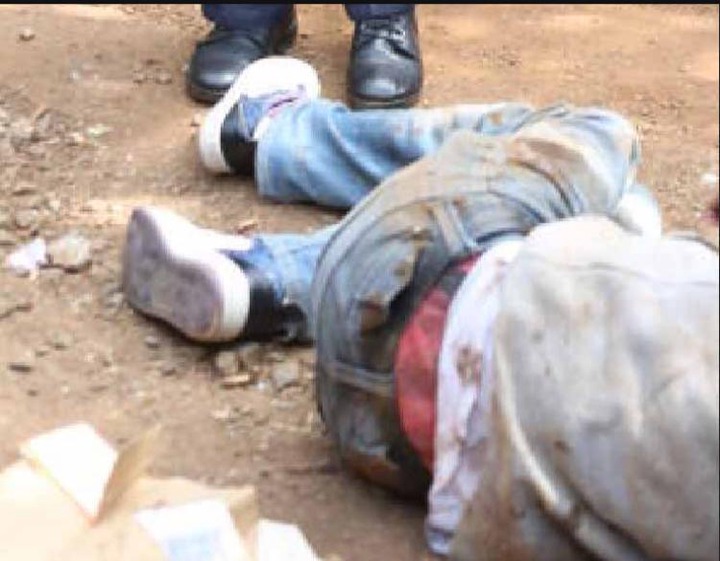 Revealing what happened, the victim claimed that he heard commotion in his backyard after which he decided to check in order to find out what was happening. To his surprise, he allegedly caught two naked men trying to steal his cows and for this reason, he raised an alarm.

On being asked why he was naked, the suspect claimed that this was a new style which they were currently using to steal from people in order to avoid getting caught. In his own words, he said that being naked helps them pretend that they are insane whenever they get caught.

However, the unforgiving Mob is reported to have Stoned him to death after which they left him. His body was taken to the Mortuary by police officers who are currently investigating this incident.

Kenyans who expressed their opinions and suggestions on the matter have called upon the government urging them to consider creating more job opportunities for the increasing number of unemployed kenyans.

For most Kenyans, they claimed that this is the only way in which the government was going to get rid of the increasing rate of crime in the country because according to them, most of these Youths were engaging in crime due to joblessness. 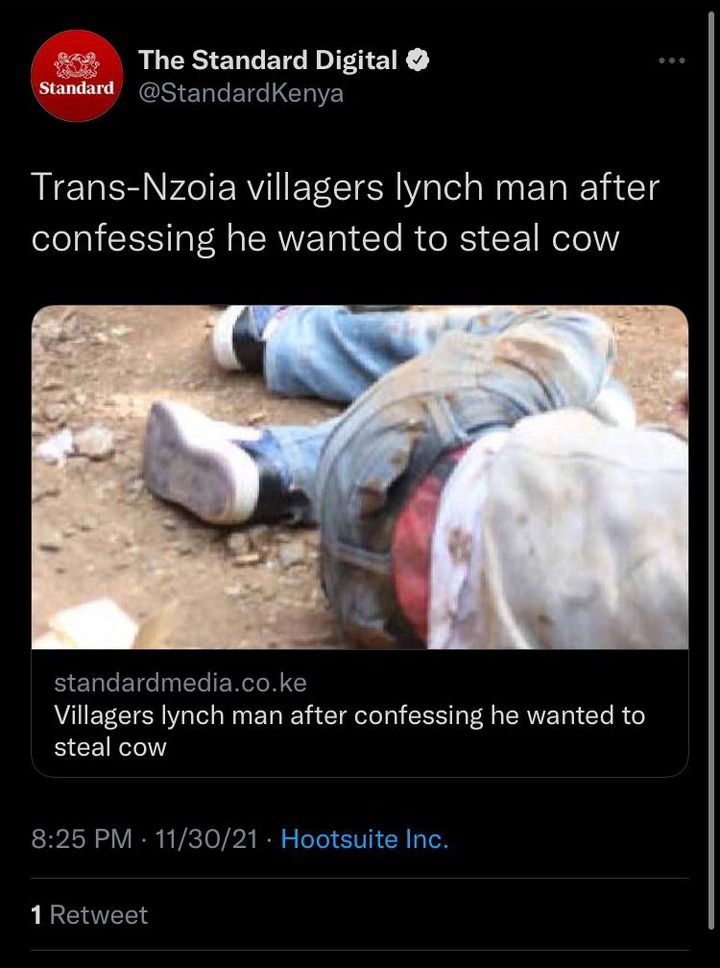 Opinion: Things you Should Never Do When a Girl Rejects You