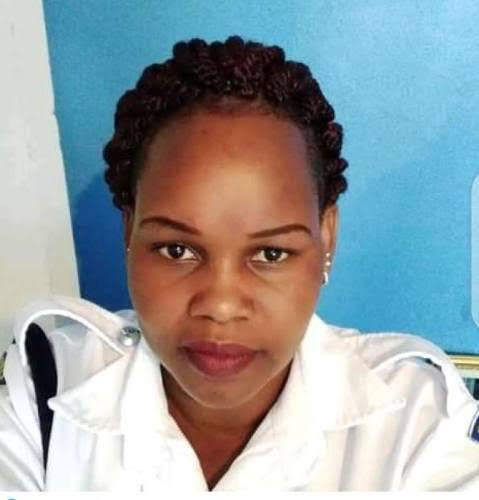 The mystery of the death of Caroline Kangogo seems to be far from over with new witnesses emerging each new day.

A hotel waiter from one of the backstreet clubs in Kabarnet town has come out to reveal that she had interacted with Caroline Kangogo earlier in the day.

According to the hotel waiter, Caroline Kangogo approached the hotel and booked two rooms and was to layer come and spend the night there.

“She was in the yellow hood and we recognised her well. When she wanted to clear her bill, she borrowed a phone from me but I was hesitant,” said one of the waiters. 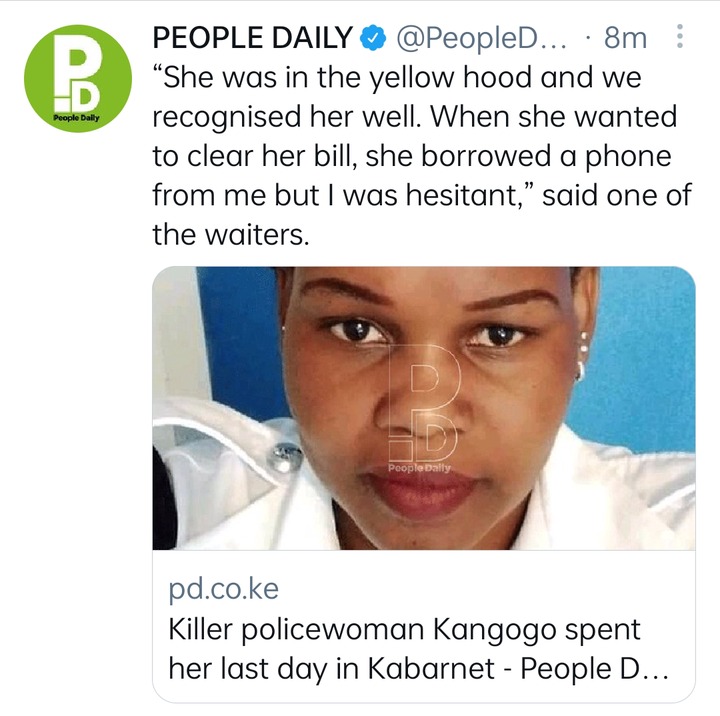 Owners of the two hotels in the town’s Central Business District (CBD) confirmed that indeed Kangogo booked the rooms but did not sleep in any of them after realising detectives were closing in on her.

This has raised more questions on why the officials at the hotel did not alert the police officers since Kabarnet is way in Baringo County which is not the same county that she was found dead.

Caroline Kangogo was found dead at her parent's home which is in Elgeyo Marakwet county and the mystery to her death has continued to confuse many.

Police officers claim that the fugitive police officers who was wanted for the death of two people killed herself inside the bathroom of her parents an issue that most people have argued could not have been possible.

However, many question how they suspected she was inside there yet they had said that they had not heard any gun shot sound yet her gun had no silencer by the time officers arrived at the scene.