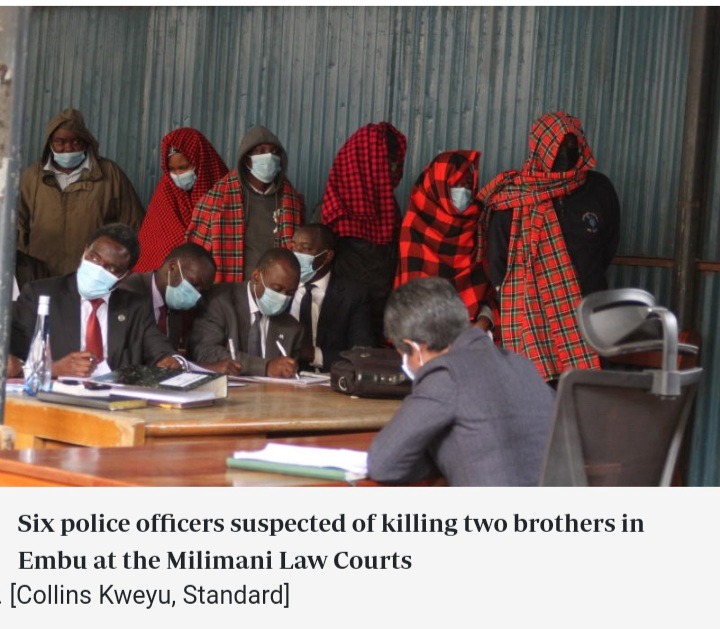 The Director of Public Prosecutions has declined to free the six security officers charged with the killing of two Kianjokoma brothers in Embu County.

The DPP argued that the six police officers will be a threat to victims if freed on bail and alter with witnesses who subjected them in the killing of Benson Njiru Ndwiga and Emmanuel Mutura Ndwiga.

They depend on reports of probation officer Ibrahim Shunu, who affirmed that the six police suspects were shot altering with witnesses and erase proofs. “... the complainant has a key and genuine proofs that relates to their offence. If released on bond, they will flout the court orders.., provided that there is a genuine proof regarding their offences,” said Mr Shunu. 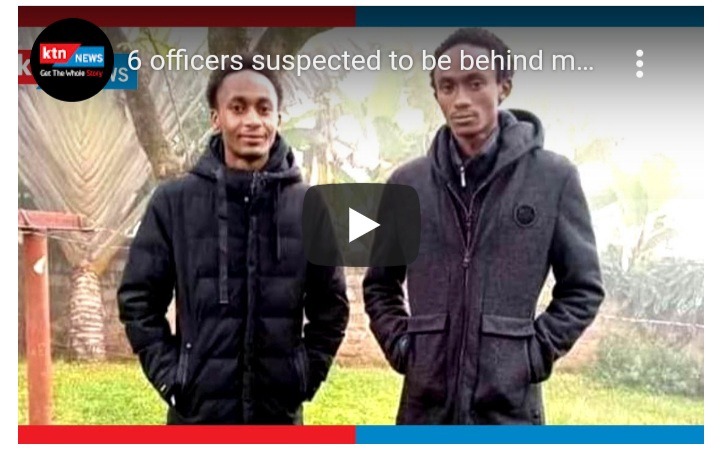 The DPP has sent a letter to the Witness Protection Agency to give the five witnesses security saying that their lives be taken away for allegedly giving proofs against Benson Mputhia, Consolata Njeri, Martin Wanyama, Nicholas Sang, Lillian Cherono and James Mwaniki.

The Prosecution stated the six suspects security officers and have not been suspended, and can be in possession of gaining access to their firearms and take the lives of the witnesses. 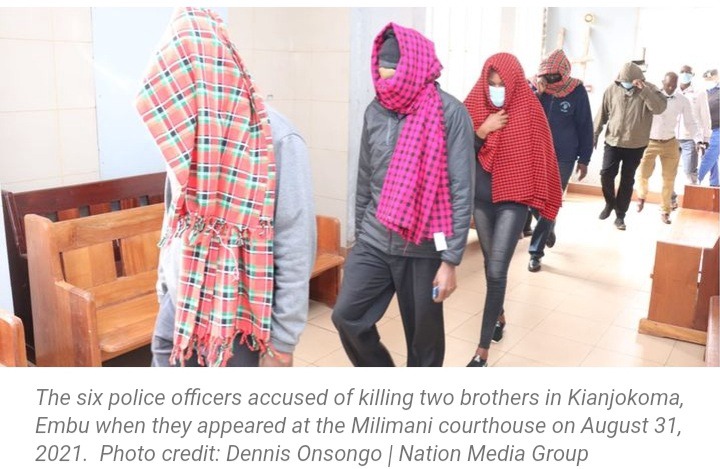 The probator said: “The family of the two departed sons, are still coming to terms with the death of their Kins. Their interest should be uphold because freeing the suspects would not be good to them." 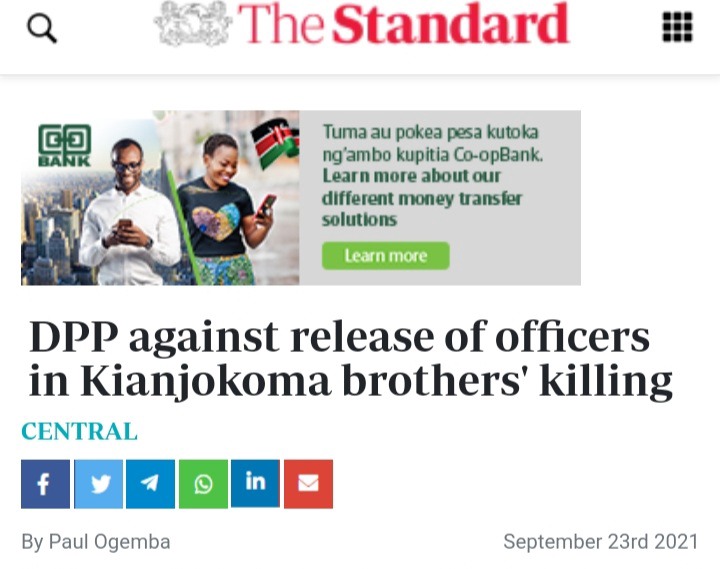