4 people from the same family were killed by lightning Thursday night on lake Victoria's Bumbile island in Tanzania,an official said on Friday. 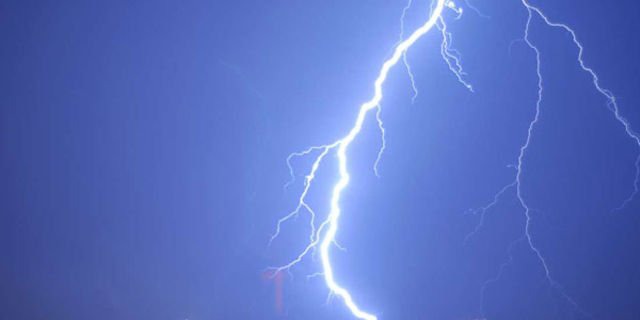 "The victims were a couple and their 2 children,"Muleba district commissioner Thoba Nguvilla told news conference adding that they were hit by lightning while asleep.

It is said that the deceased family was engaged in fishing and farming on the island.

Robert Musiibha, chairman of Bulyo village in the area said the house of the victims which was roofed with iron sheets was razed 2 the ground on the lightning strike.

According to an official tally,there were more than 200 lightning deaths in 2016, with 82 people dying on a single day in May.Many deaths are never officially recorded, however,one independent monitor counted at least 349 deaths from lightning strikes.

Some experts say deforestation has increased the death toll encouraging people to plant more trees in a bid to ease the impact of climatic change and reduce number of lightning deaths.