By AbbyNews (self media writer) | 6 months ago 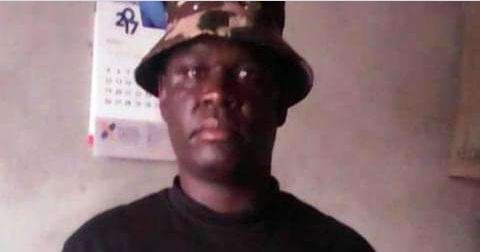 Details about the real family of killer cop Benson Imbatu have emerged.

According to an update by Kenyans.co.ke, Benson had a wife and two grown children, a daughter working in Dubai and a son working in Nairobi.

It is unclear whether he had separated from his wife by the time he moved in with his girlfriend. 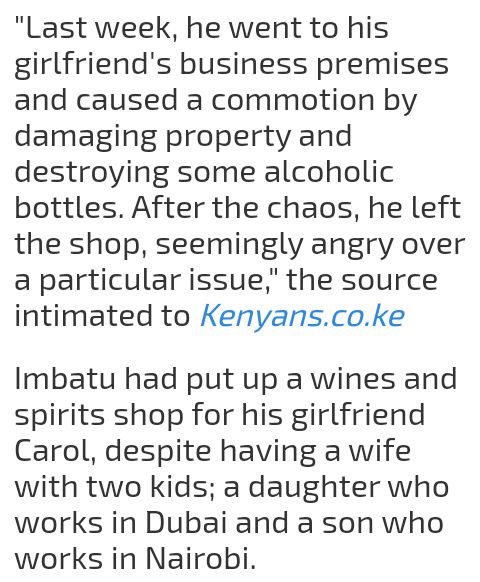 Problems between him and his girlfriend Carol began last week. He went to her wines and spirits business and destroyed several bottles of alcohol before storming out.

On Tuesday, he went back to the business and ordered her to close. When they went home, he shot he immediately before getting out and shooting randomly at onlookers who had been attracted to his house by the commotion. He later shot himself dead inside his car after informing his cousin what he had done.

Benson's coallegues at Kabete Police station say that he was a chain smoker and introvert.

He previously served as a member of the presidential escort unit during the reign of president Mwai Kibaki.

His mental issues might have been triggered by an IPOA probe where he was being investigated after his firearm was discovered to have been used in shooting a civilian.