"Sina Aibu, Nampenda" Man Says Revealing Why He Helps His Wife With Chores Despite the Criticism

A man from Mbeere town has called upon all kenyan men to start helping their wives with home duties or as many would define it, chores saying that it doesn't make them less of a man. 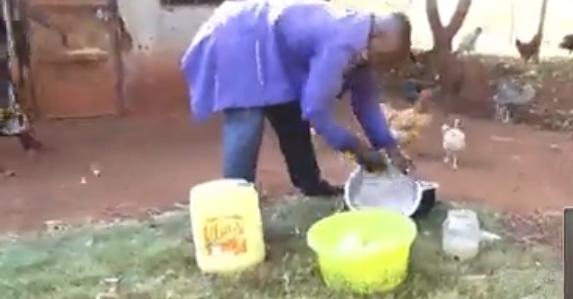 Speaking on Tv47, the man said that he has not lost anything in doing this adding that its so toxic for a man to feel like he's less of a man by helping a woman who he claims to love peform house chores.

According to the reports given by the man, he said that he does this not because he has nothing better to do but because, one he loves his wife and understands that she is human who gets tired too and secondly, because he knows that he is his wife and not his House-help.

"I have been called Alot of names for doing this. I don't care and i don't feel like I'm less of a man, in fact my marriage is okay and that's what I'm working for. We're equals and we should fo our part in helping our wives", he said.

At the same time, a research has revealed that a number of men are actually helping their wives in doing house chores. According to the reports given by most of these residents, they claimed that they were okay with it and not being forced.

However, a number of kenyans who expressed their opinions and suggestions on the matter have claimed that this is against nature adding that men should only be engaged in providing for their wives and not do house chores.

Reacting to this incident, several Kenyans said that maybe the man is suffering from within. However, most Kenyans said that there was nothing wrong with it as long as they all do their part in making their family strong. 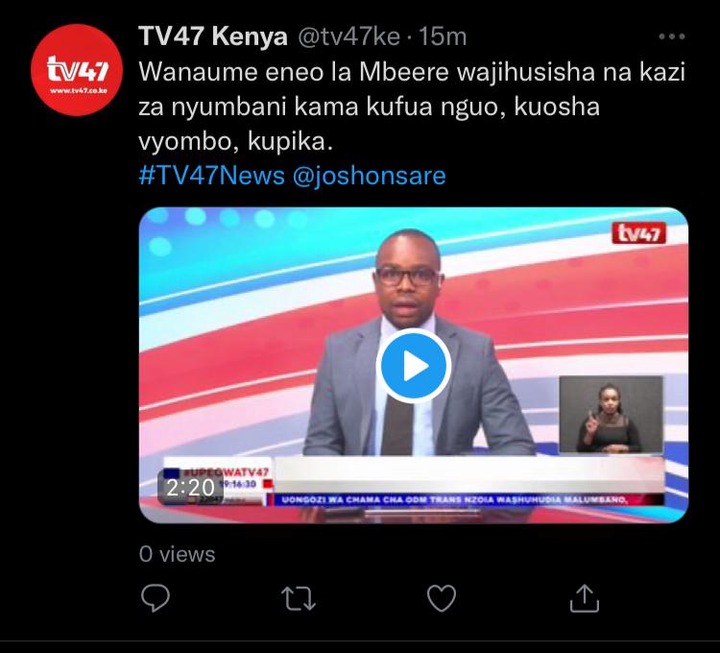 Kibaki's Son Jimmy Blessed to Vie For President in 2022