By allay (self media writer) | 1 year ago 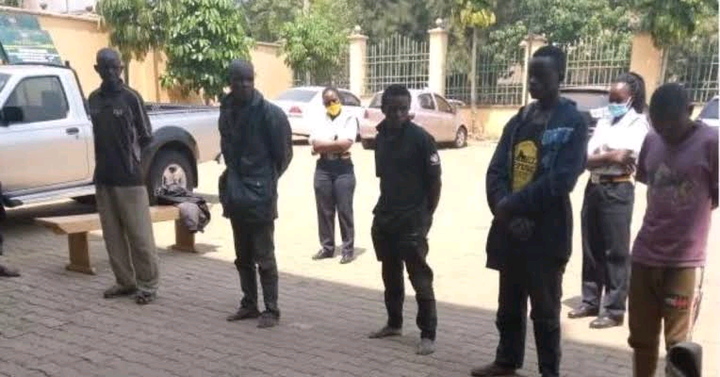 The security officers said the accused were arrested following a tip-off from a member of the public who argued that the suspects had locked up themselves into Angle House on Ukwala Lane within OTC area.

“Detectives and security officers found out that the men were almost conducting their raid at dawn hours on Friday [today],” one of the officers said in a statement registered at the Kamukunji Police Station.

The officers flushed the suspects a few minutes to 12am before they could carryout their plot.

Police identified the suspects one by one only as; Mulo, Muderwa, Muriuki, Mungai and Njuka. 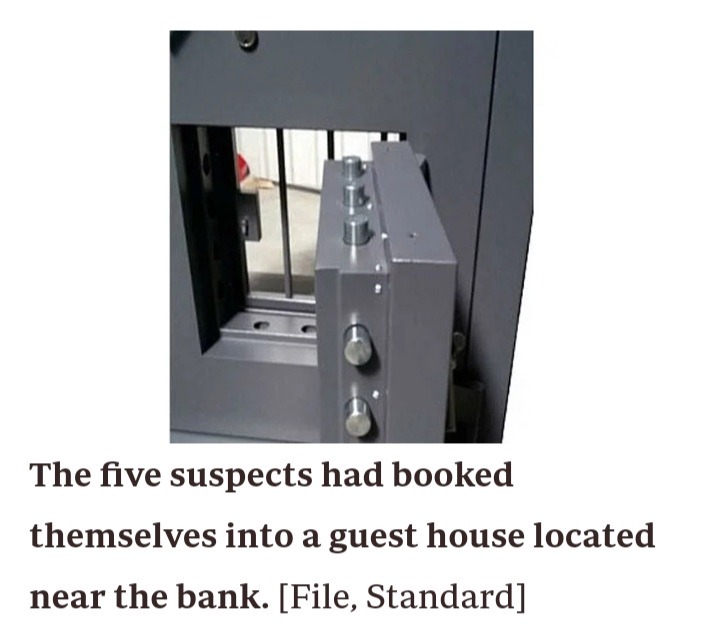 “Njuka had already cut off the ceiling and was hiding in it on realising our presence,” the report read in part.

The officers recovered three hacksaws, a rope, a metal driller, five metal bars, a metal cutter and a suitcase.

“The five suspects were almost raiding the Prime Bank, which is situated within the same building. The bank is sandwiched between two walls, where the accused were accommodating themselves,” said police. 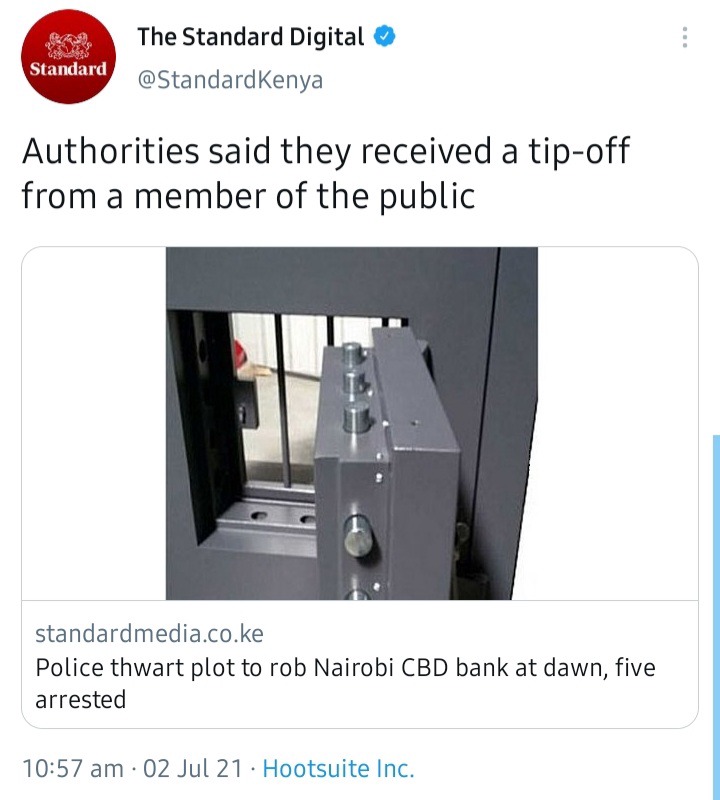 An identification parade is underway at the Kamukunji Police Station.