Police officers from Mbita are currently searching for a man who is reported to have attacked a Kenya Wildlife Service officer in broad daylight, snatched his gun after which he fled from the crime scene in unclear circumstances.

In a statement that was shared by the police station that received the man's reports, it has been revealed that the suspect whose name is yet to be disclosed allegedly came to the officer and immediately attacked him, beating him up after which he allegedly picked up the officers gun before fleeing with it frome the crime.

With this in mind, police officers have revealed that they are currently searching for the suspect in order to take the gun for him due to the fact that he might start committing crime with the same gun and put it on the police officer whose gun was stolen.

Speaking on the increasing number of abductions and disappearances in Kenya, the inspector General of police, Hillary Mutyambai said that kenyans should always look out for people who present themselves as police officers. With this in mind, residents have been urged to make sure they do research before deciding whether or not to board a vehicle from one place to another. 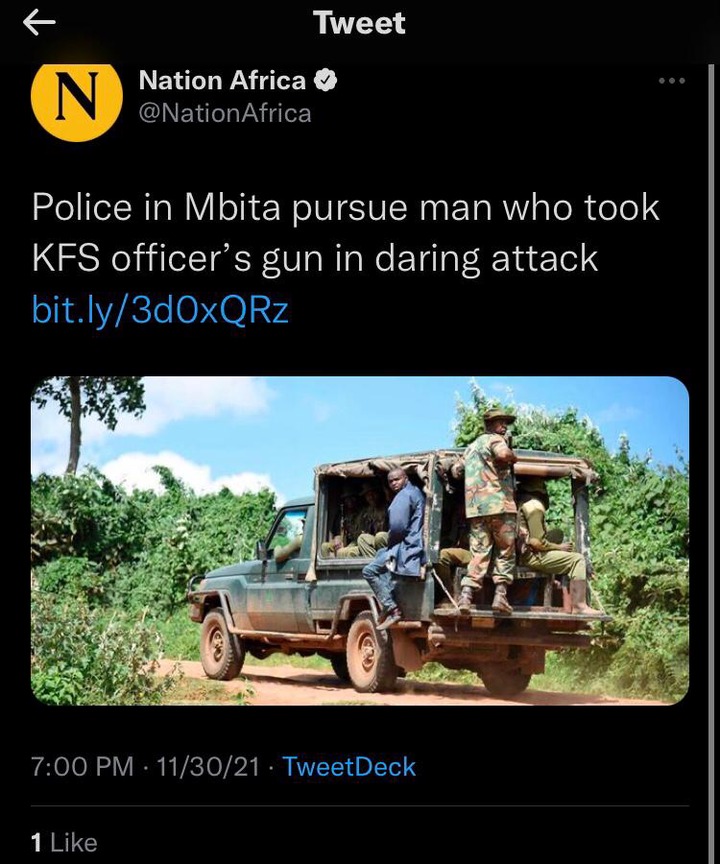