Three members of the same family have died following a Grisly accident that occurred in one of the busy highways in Homabay around Rodi Kopany. 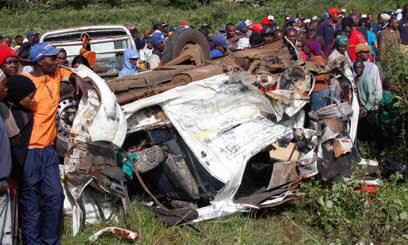 According to the reports given by Ktn News, it has been revealed that the deceased were among a group of passengers who were heading to an unknown location before the accident occurred.

Revealing what happened, one of the witnesses claimed that the driver 'the Matatu which was Ferrying several passengers was trying to Overtake a truck that was in front of him before he allegedly lost control of his vehicle causing the accident.

"In this case I can only blame the Matatu driver. He was trying to Overtake a vehicle that was on front of him not knowing that there was an oncoming vehicle. This is what caused the accident because before he could hit the brakes, the vehicles had already collided killing 9 people on the spot. Sadly, we have found out that among the deceased, three of them are from the same family that is a mother, father and their child died on the spot after the accident. Let's all be cautious about this accidents and this roads", h said.

Expressing his fear and concerns over the rising cases of accidents in the region, one of the police officers who are currently investigating this incident has urged residents to make sure they follow all the traffic rules and regulations in order to reduce the increasing rate of accidents in the country.

Speaking to a group of reporters, the man said that It was so unfortunate that most Kenyans are currently dying from accident related deaths despite the fact that the government has highlighted some of the does and don't in the the road most of which are assumed. 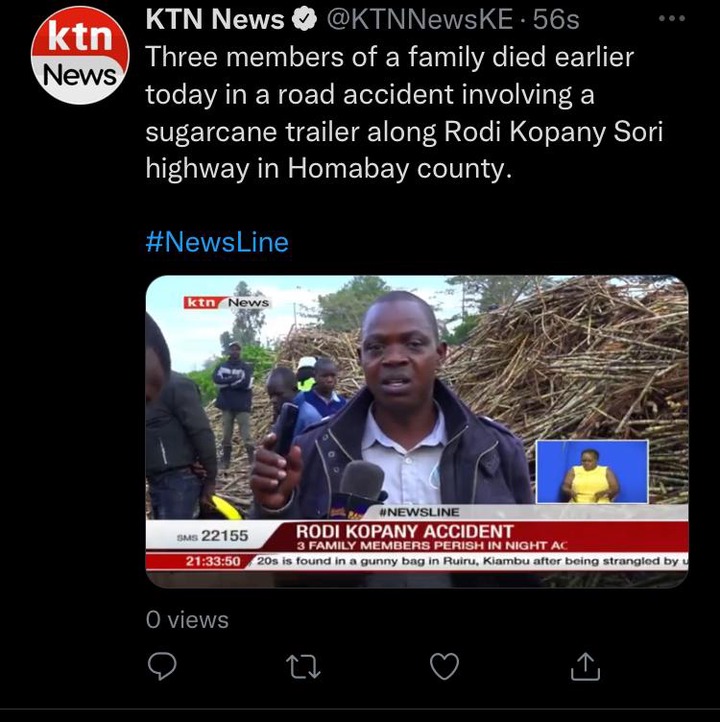 Top CS Alleges Where Ruto Has Been Getting His Campaign Millions