Taita Man Arrested After Molesting His Daughters, Wife Reveals Why She Didn't Report Him To Police

By DrFood&Health (self media writer) | 3 months ago

Police officers in Taita taveta have arrested a man who was Allegedly accused of assaulting his two daughters aged 1 and 4.

In a news report that has been shared by a reliable source of information, it has been revealed that the suspect whose name is yet to be disclosed Allegedly inserted his fingers in his daughters private parts.

According to the reports given by the doctors, it has been revealed that a medical check up proved that there was a forceful entry into the genitals of the victims.

On being questioned, the wife of the suspect has claimed that this was not first time. In her own words, the woman claimed that she decided to settle the matter within the family after he promised never to do it again.

While reacting to this incident, Kenyans who took to their different social media accounts to express their thoughts on the matter have called upon the government to put tough measures against men who take advantage of minors.

According to the reports given by most Kenyans, they claimed that this is the only way in which the government is going to get rid of the increasing number of rogue Suspects who have been taking advantage of children. 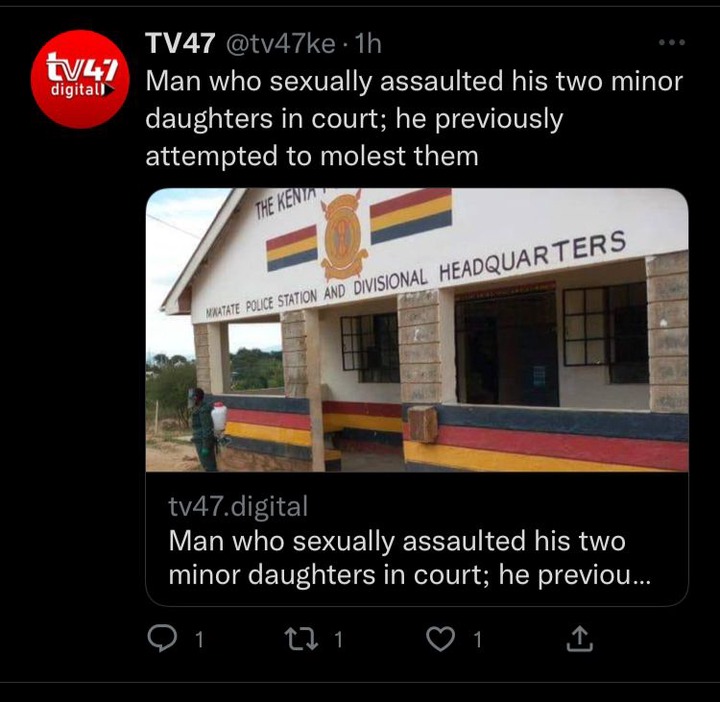