Phone Snatcher Lynched To Ashes With His Motorbike In Thika

By Papajones (self meida writer) | 11 days

Phone snatching has become a very common thing in Nairobi and it's environs. There are several young people operating around the city who use motorbikes to snatch phones from people. However much they are arrested and some murdered, they still never stop the habit. 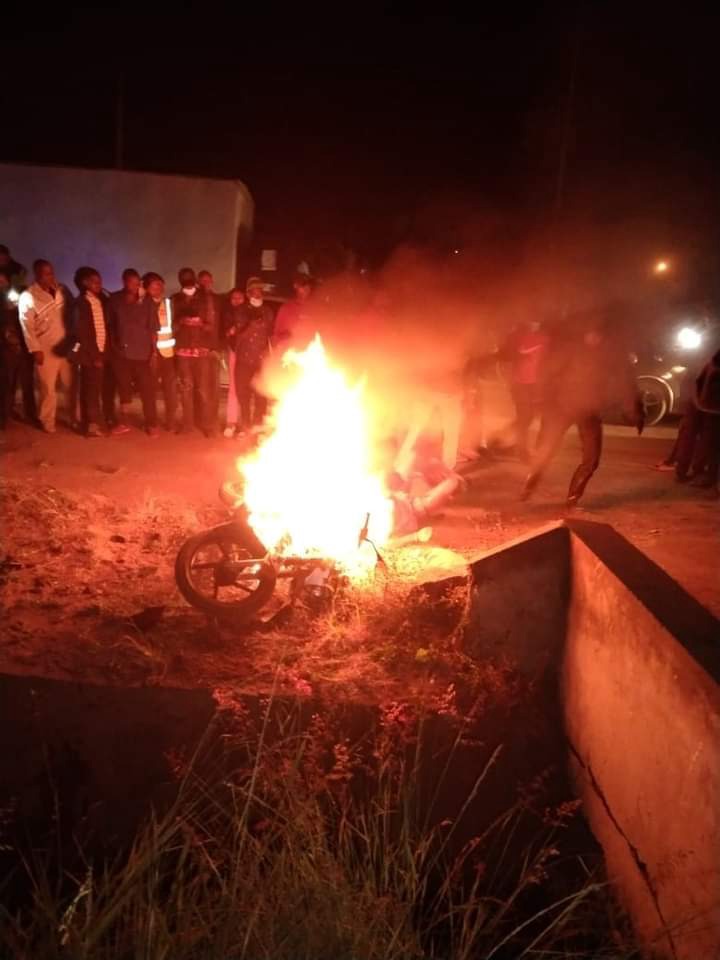 As this happens, there is a certain phone snatcher who landed his 40th day in crime. The man was caught near Delta Petrol Station where he was punished thoroughly and lynched to ashes. The young man had a motorbike which he used to escape before being cornered. The motorbike was also set on fire and reduced to ashes.

Makongeni police tried to save the thief from the rogue mob but the efforts were not succeful. Team building worked on the man properly to ensure that he was no more. The man was arrested immediately after snatching a phone from a snatcher. His efforts to run away backfired badly.

Content created and supplied by: Papajones (via Opera News )