A picture doing rounds on social media has ignited debate on what really killed all the occupants of a photo taken at Statehouse Dodoma. This comes after the Tanzanian president John Pombe Magufuli succumbed to an ailment earlier this week after days of speculation on his health and whereabouts after news that he had been taken ill. 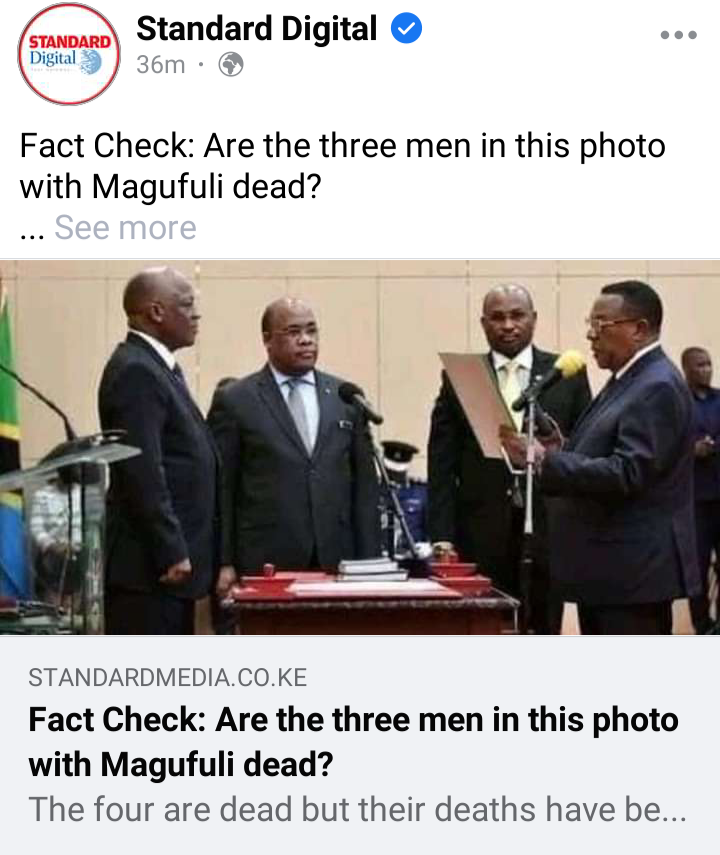 According to a fact checker by The Standard digital news platform, reports that the first casualty was Ambassador John Kijakazi who was the governments chief secretary who died from a heart attack at the Benjamin Mkapa Hospital. The second person to die was Oswald Simon Majuva who was personal assistant to Magufuli and also a deputy provincial commissioner in the larger Mara province where he died but the Dodoma didn't give reason of death. 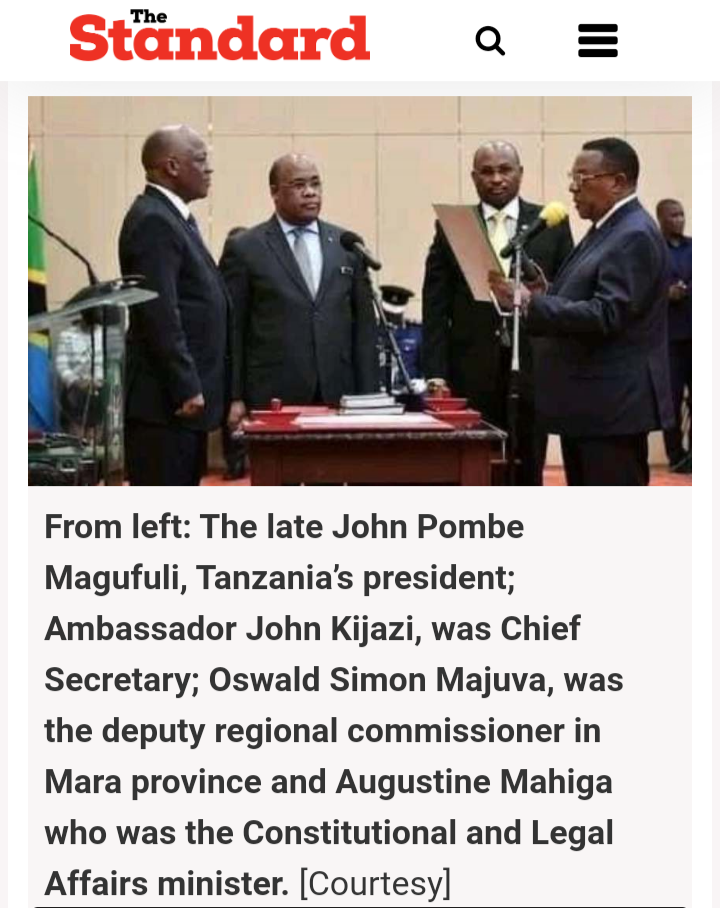 The third casualty whom in the picture is taking the oath of office was 74 year old Augustine Mahiga who was the Minister in charge of Constitutional and Legal Affairs who died in Dodoma after he collapsed while in the line of duty. 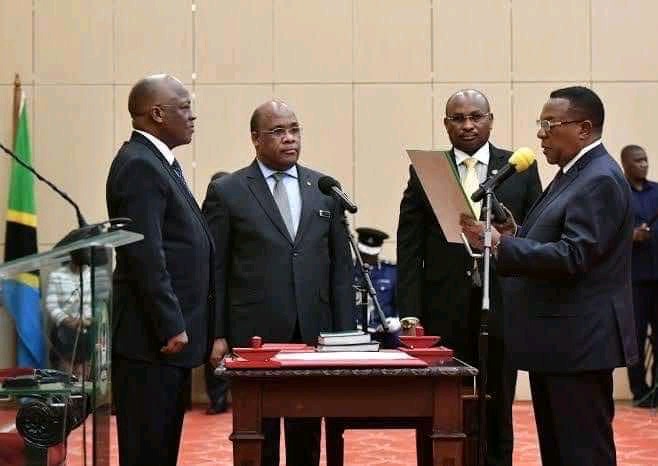