A dramatic scene was witnessed for the better part of the day in kibomet Estate whereby a man was beaten to death for stealing a cow in the area at around 1 am. 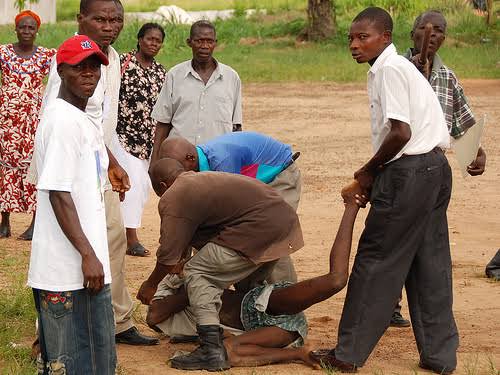 The suspect together with his accomplice are part of a notorious gang that had been giving residents sleepless nights. The two men had allegedly entered into the home of Wycliffe Matangaro when one of them was cornered and beaten to death.

"I heard a commotion outside and when I came out, I saw a man escaping through the fence. I raised an alarm," Matangaro said.

The man confessed that he and his accomplice were planning to steal a cow from the homestead. The naked man told villagers that this was the new trick they employ so that if caught, people would assume he had a mental issue.

It is after his confession that the angry mob descended on the suspect with crude weapons.

When the police arrived at the scene of crime, the suspect was already dead and his body was taken to the morgue. 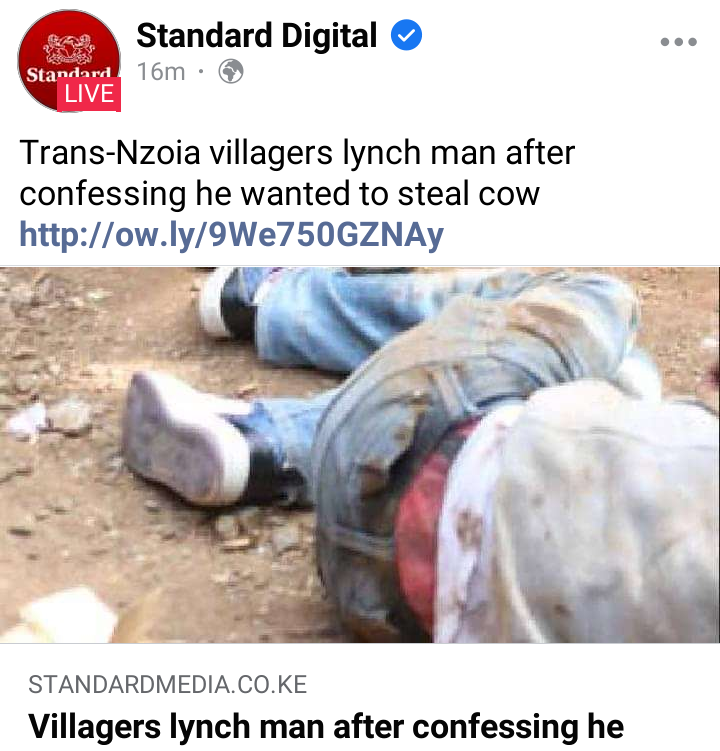