Just a few minutes ago an incident has been reported in Homa Bay county where a middle-aged man committed suicide after stabbing and poisoning his four kids. 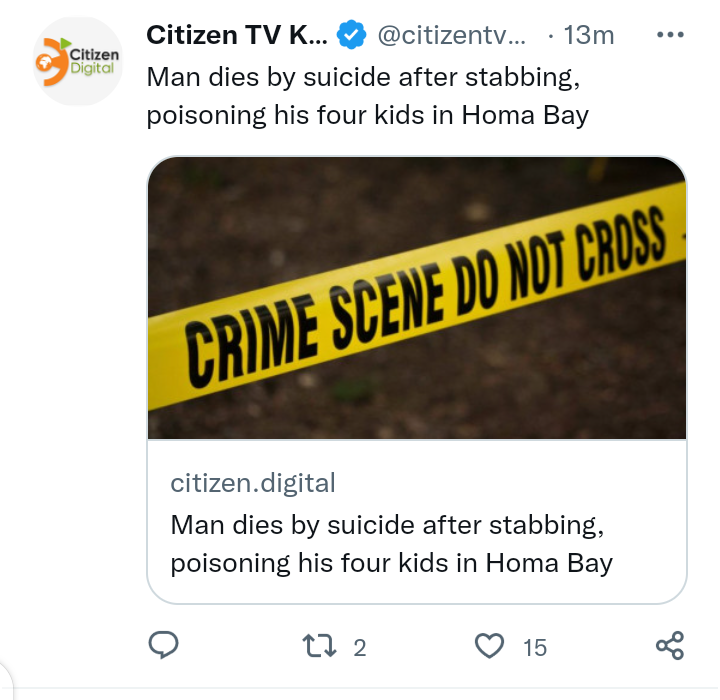 Photo courtesy, image used for evidence and illustration purposes only.

The minors aged between 3 and 9 years, were seriously wounded by their father identified as Ronnie Ochieng’ Nyore who is believed to be having domestic wrangles between him and his wife. The chief area has also reported that the wife had visited his office a few days ago and was asking the chief to help them solve their issues. 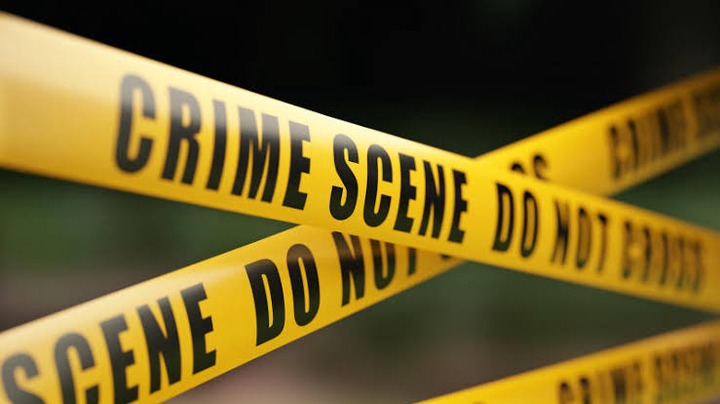 The body of the deceased has already been taken to the nearest mortuary as it awaits postmortem to determine the root cause of the death, it is also believed that the deceased consumed pesticides to end his life since they found an empty bottle of a pesticide which they believed was used by the deceased to take away his life after poisoning his children.