By Thegreatwritter (self meida writer) | 18 days

Residents of Mulamwa village in Busia Subcounty were treated to a serious suprise as they were in the burial ceremony of of who they thought was their kin Hesbon Mukhwasi. 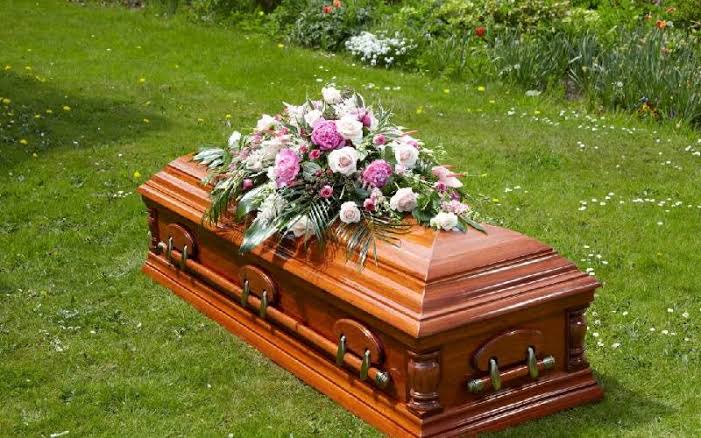 All arrangements had been made and it was now time for the family members to euologise the deceased.

As the master of ceremony was still on the mic, the man who was said to have died in a road accident was seen coming from the gate.

No one was there to wait, Mourners were forced to run for their dear lives in disbelief of what they had seen, citing that it was a ghost. 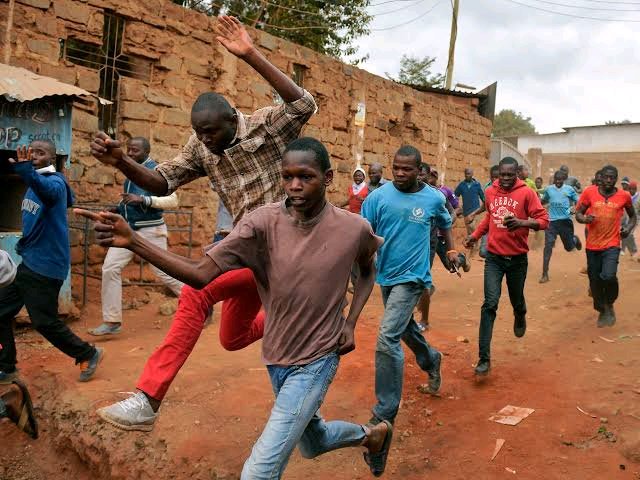 photo courtesy of a past chaotic event.

According to them, Hesbon died on Monday last week on fatal road accident and they did not expect such to happen.

The guests who had sat patiently for the ceremony escaped in different directions leaving chairs in a disorganized manner.

After a few minutes, only dogs could be seen roaming the compound. Mr Hesbon was shocked at what he saw but no one was there to answer his questions.

Things came back to normal later when he was told that the burial ceremony was organized on his name.

It's reported that one neighbour went to heabons home on Monday last week wailing and saying that he had been involved in a dengarous road accident along Busia/Kisumu road on a motorcycle.

The accident left the deceased person with most of the body parts deformed and it was hard to doubt the neighbour's sentiments.

The family and friends proceeded to the Mortuary and took the body for burial on Friday.

When asked where he had been, Hesbon said that he was arrested in Busia town on the same Monday morning while in a bar for breaching Covid 19 protocols and was not aware of any news surrounding his death. 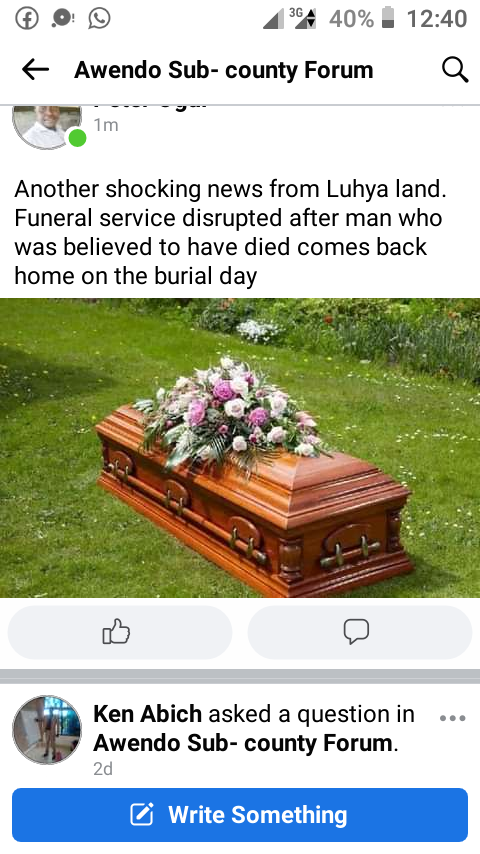 The body was later taken back to the Mortuary as the family now appeals with the authorities to help find the family members of the dead man in question.

BOM Teachers Under Siege After The Following Directive From TSC

World Records You Could Break Tomorrow

San Pedro Prison, Bolivia Where Inmates Live Like in a Normal Society

Thugs on the Run as Teacher, Husband Burn to Ashes in Kisii