"He threw me out when I got pregnant, Gave birth at 7 months in a basin and he then calls our baby a curse," a lady narrates

Joy Gift is a mother of two suffering in a foreign Country. She got her first born daughter after being raped by a relative at the age of 17 years. In the year 2019, she came to Kenya as nanny and worked for foreigners to. When corona pandemic hit the country, they decided to leave for their country and booked Joy a bus so that she could go to her country to. 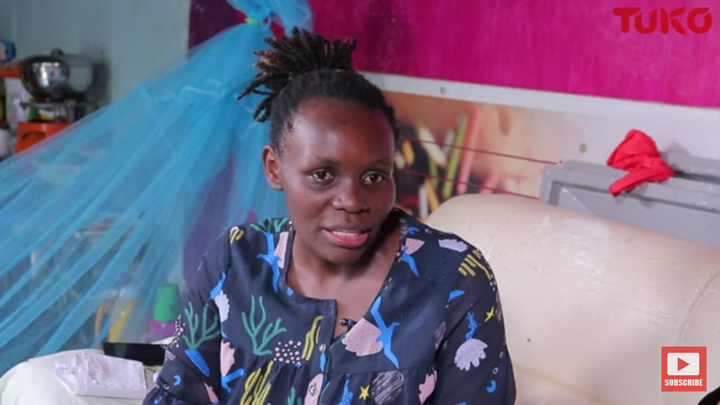 Madam Joy stayed back since she wanted to go to Uganda during the Easter holiday. She went to leave with her friend at Muchatha, Ruaka. Unfortunately, her friend lost her job and Kenyan Boarders were closed due to corona virus. Joy went to live with her boyfriend, Eddie Gichuhi who promised to love and take of her. Within two months, Eddie had started disrespecting her and would spent three days out of the house. He told her that he had a wife who had a baby and had just come to Kenya, an excuse that was not adding up since all the airlines had been closed. One evening, Joy decided to take a walk and Eddie packed her clothes, placed them at the door and texted her to come and pic them. When she came back, the padlock had been changed and her sh. 45,000 were also missing from her bag. 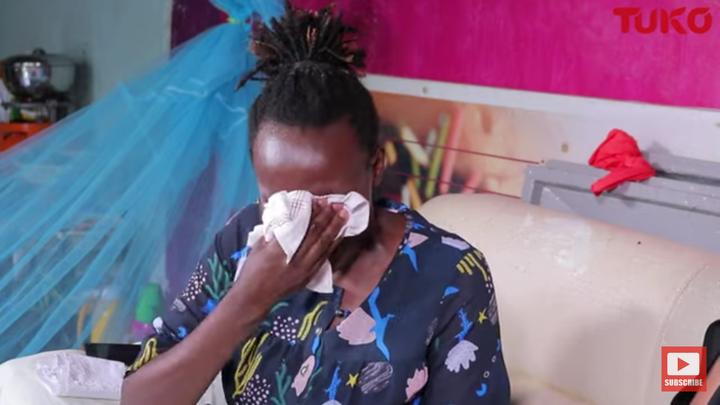 She rented a small room with the little money she had. She also looked for a police station and reported Eddie who was arrested, locked up and paid her all her money. She slept down in an empty room and would even go for days without food.

She got labour pains at her seven months of pregnancy and started bleeding. She picked a basin and sat on it.  God is great that she gave birth to a premature bouncing baby boy and had no complications. That evening, she took two chapatis and water. She slept down with her baby who had no clothes until a neighbour came to her rescue. She gave her food and brought her friends along who bought her baby clothes.

At this point, the caretaker was threatening to throw her out and eventually evacuated her. A heavenly sent woman took her in and took care of them. During the interview on tuko talks, Lynn Ngugi called Eddie to hear his side of the story. He spoke so bitterly and started that he hates Joy and her cursed child. He is willing to support the child as a law requirement, but doesn’t wise to ever see him all his mother. 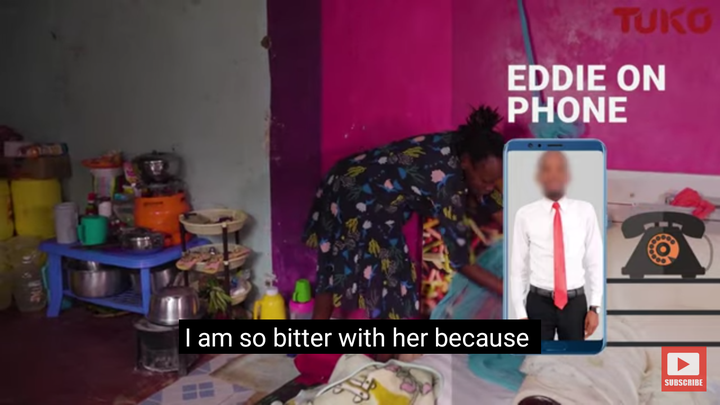