Doctor Who Murdered His 2 Children With Insulin Passes Away While In Hospital. 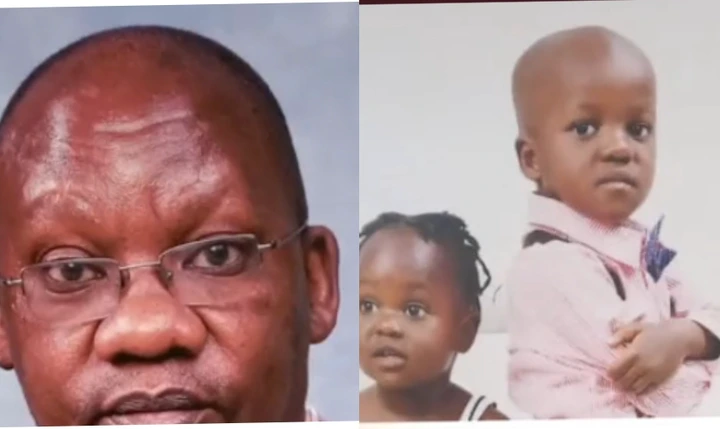 Doctor James Gakara found himself in hospital after injecting excess insulin drugs into his body. On that fateful night, James had planned to commit suicide after killing his kids. He injected the insulin drugs to the kids and they died right away. Police officers found him in a critical state and he was rushed in hospital.

He has been receiving medication under tight security at Nakuru level five hospital. Everybody was waiting for him to heal so that he can be taken to court. His wife Winnie today claimed that she has to fight for her children promising that Gakara will have to be jailed for murdering his kids. 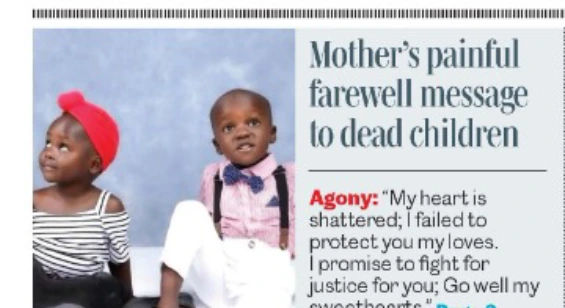 Just moment after she spoke to Nation media house, James Gakara was pronounced dead by doctors who were treating him. It has been reported that James died due to the effect of excess insulin in his body. He has been rushed to the morgue at the moment as family members prepare burial events for the three. Rest In Peace. 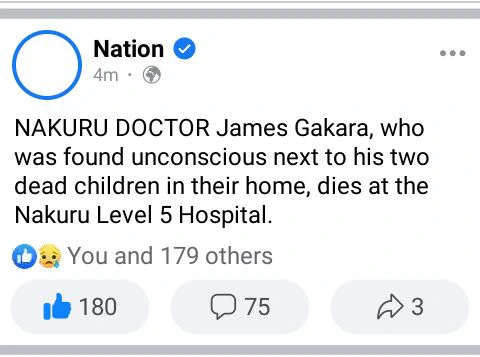 Ni Mluhya; Comedian Mulamwah Tells Fan who Said This About Her Daughter

'CS Experience Was Painless And I Would Do Over And Over Again, I Want 10 More Kids' Vera Narrates.

The Death Of LAYERS And How To Avoid It

8 Common signs that show your body is slowly deteriorating