By Caren (self media writer) | 2 months ago

Highly trained detectives have arrested three notorious robbery suspects in Tigania Libutu Village Meru County following an operation carried out in that area. Taking to their official Twitter Page the detectives announced their arrest of the three who are believed to be terrorizing residents of Meru County and its environs. 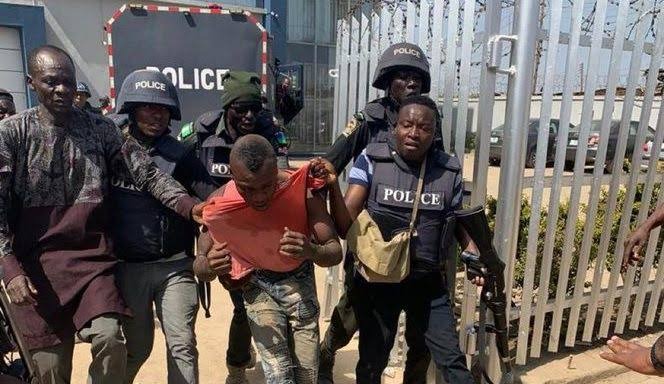 Led by the County's in charge of the DCI, detectives stormed the House of one John Kathianya Akwalu who was keeping the main suspect Ken Njiribu who is said to be notorious in that region. After a quick search of the house, detectives were able to recover 5 wooden rungus and a photo of the suspect holding an AK-47 rifle.

A further search in his grandfather's house nearby shocked the detectives after they found 19 rounds of 5.56mm calibre including a tracer, one jungle pullover, one blue police raincoat, and 6 wooden rungus fixed with metal heads.

Following the arrest of the main suspect detectives proceed with their operation to the nearby village of Lanyiru where they arrested two other suspects John Kathianya Akwalu and Flora Kamaitha Mwenda. During their arrest, a motorcycle without a number plate believed to be used by the suspects as their means of transport was also found and secured as an exhibit.

The suspects are currently their breeze at the police station waiting to be arraigned in court. 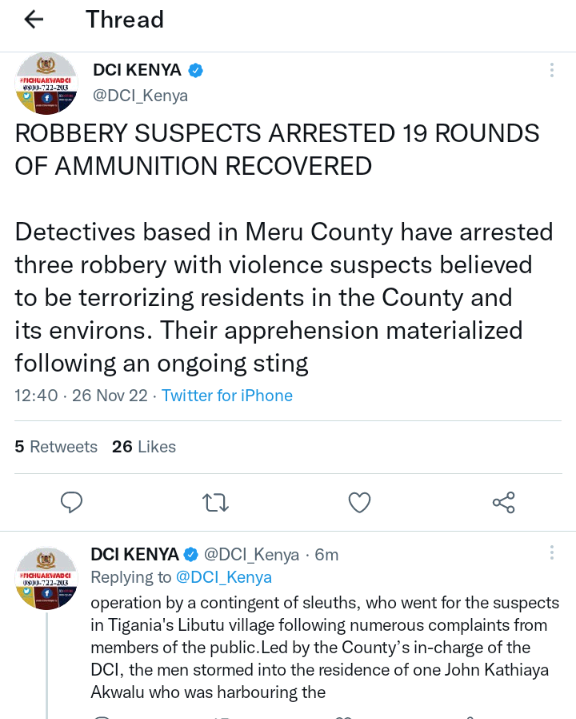