Fifteen thugs attacked two DCI officers at Garbatulla before robbing them of everything in their possession including fire arms. The officers who are stationed at Garbatulla Police Station in Isiolo County met the killer thugs at night in their routine surveillance. 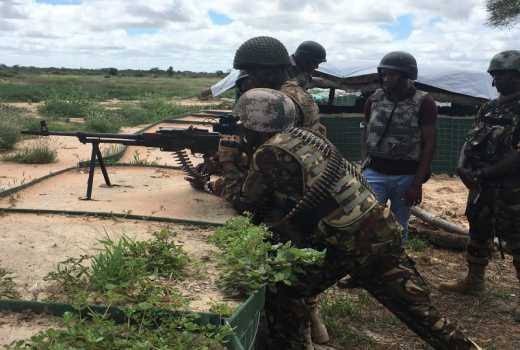 The officers had left the Police Station at around 6 pm to resume their daily duties in the area. Raymond Busienei and Victor Otieno left for a security check mission, 4 kilometres North of the Station. The two were armed with a Ceska Pistol and a Jericho one.

They left riding in a civilian motorcycle belonging to one of the residents in the area. On their way, they were flagged to stop by a group of men whose identity they didn't fast note. They did obey. On a close look, they learnt that the 15 men were armed with AK 47 rifles.

At gun point, they ordered the officers to lie down, which they did, then started ransacking them. The bandits took away with Busenei's Ceska Pistol, his certificate of appointment, a wallet with Sh 4,000 among other items and a Samsung Galaxy worth Sh 15,000.

Just as they were about to ransack Victor, a bus appeared and out of the confusion, they escaped driving after the bus before disappearing into the bush. They fired multiple bullets at the Police but luckily enough, none was hurt. Investigations have began to seize the robbers. 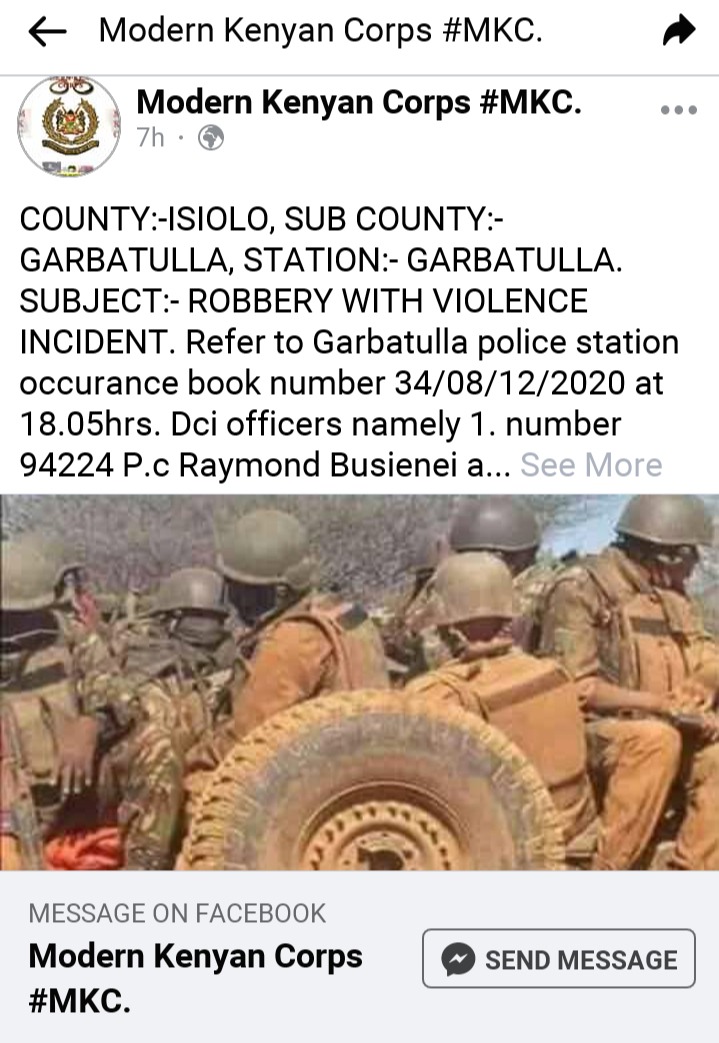 Morning of Shocker As 7 Family Members Die a Painful Death

Sad Day as 129 People Reported Dead after Stampede at Match

Areas to Experience Black Out As KPLC Shares List