A middle-aged man from Imenti south has been arrested after he allegedly hacked his 3 year old daughter to death before attempting to murder his wife by Stabbing her several times under unclear circumstances. 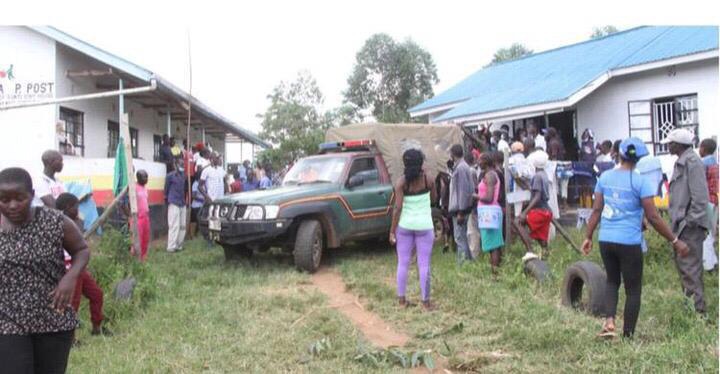 According to the reports given by a reliable source of information, it has been reported that the middle-aged who had fled from the crime scene was later tracked down by detectived from the director of criminal investigations who later took him to the police station for more investigations and questioning.

Confirming this incident, Imenti South police boss revealed that the man and his wife were heard arguing by their neighbors before the wife started screaming. This was followed by a dramatic scene after the suspect who heard the neighbors rushing towards his house fled from the crime scene leaving his dead daughter and wounded wife groaning in pain.

Luckily, the woman survived after being rushed to the nearest hospital where he is reported currently receiving medical treatment under the supervision of medical personnel within Imenti.

Officers who responded to the incident would later collect all the information needed together with the murder weapon after which they wold use this same information to track down the suspect who is currently being held in their custody.

This incident has sparked alot of mixed reactions from Kenyans who seemed to have been confused on why there was an increasing number of murders related to relationships. With a section of Kenyans claiming that maybe the daughter wasn't his, others went ahead and called upon the government to consider introducing monthly mental health sessions to educate Kenyans on how to handle certain issues. 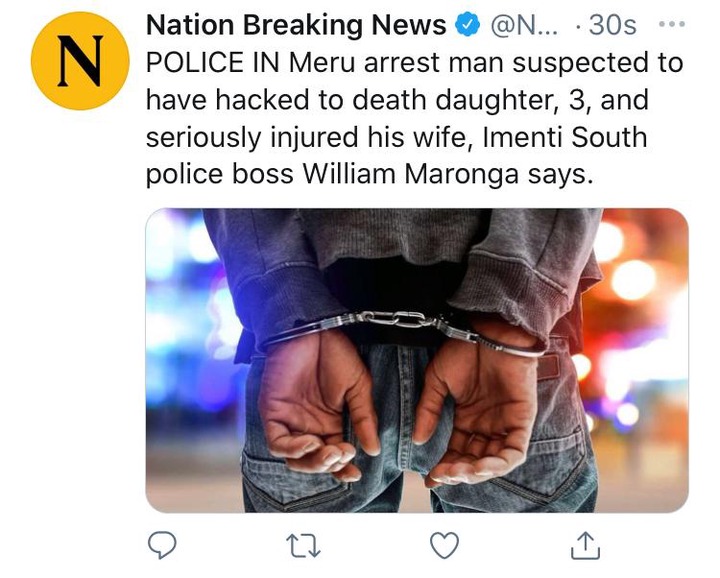