Fighting For Love? Man Killed By His Lover While Trying To Mark His Territory 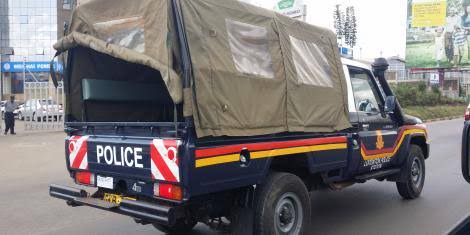 A middle-aged man has lost his life while trying to fight for the love of his life.

The man, Weldon Terer, 24-year-old is said to have forced his way into a room his lover, a 20-year-old lady was having a nice time with another man.

On entry into the room, a bitter argument ensued between the two that forced the woman to rush for the kitchen knife before stabbing the man on his chest dying on the spot.

Their argument and the commotion which ensued attracted the attention of other locals who rushed to the scene only to find the man dead in a pool of blood.

The angry residents descended on the lady giving him a dog's beating. Before she could be badly harmed, police officers saved her from the irate residents who were after her life too.

The woman was rushed to Kapkatet sub-county referral hospital where she is receiving treatment under a watchful eye of the police officers.

According to locals who spoke to Citizen Digital, the man was a mechanic at the Ndanai trading center in Bomet County.

Sotik sub-county police boss Francis Ng’ang’a revealed that the woman will be arraigned in court to answers to the murder charges.

The killer weapon used to take the life of Terer was recovered and in police custody which will be used as an evidence.

The deceased's body was oved to the Kapkatet mortuary.

The country has been alarmed over a surge in cases of murder and suicide over relationships and family arguments.

In a report released few months ago, it was revealed that over 400 people have died either through murder or suicide from various causes.

Kenyans have been argued to seek help in cases that seem to affect their thinking to an extent of attempting to kill or murder someone.