A couple from kisii are currently mourning the untimely death of one of their babies who is reported to have succumbed to an unidentified illness a week after being born in a distressed situation which forced their family to ask for help from Kenyans. 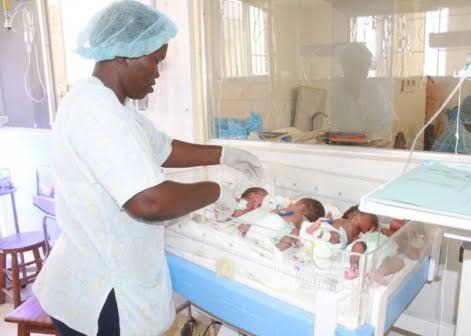 According to the reports given by the family of the deceased, they claimed that it was so unfortunate that one of the babies had died under unclear circumstances. While giving details about her death, they claimed that she was rushed to the hospital moments after she started experiencing high fevers

Sadly, their attempts to save her did not succeed after she was declared dead by doctors who had responded to their distress call. Due to this reason, they have again asked Kenyan well wishers to help them with anything because according to them, they have nothing.

This comes a week after they expressed their fears and concerns after giving birth to the babies where both mother and father of the babies asked well wishers to help them raise their children because in their own words, this was a blessing and at the same time a curse as they didn't have enough funds to raise them.

This incident has sparked alot of mixed reactions from Kenyans who seemed to have been confused on what actually happened or is happening to the family. With a section of Kenyans claiming that maybe the baby had an underlying illness, others went ahead and called upon the government to consider giving the family a good environment for them to raise their children. 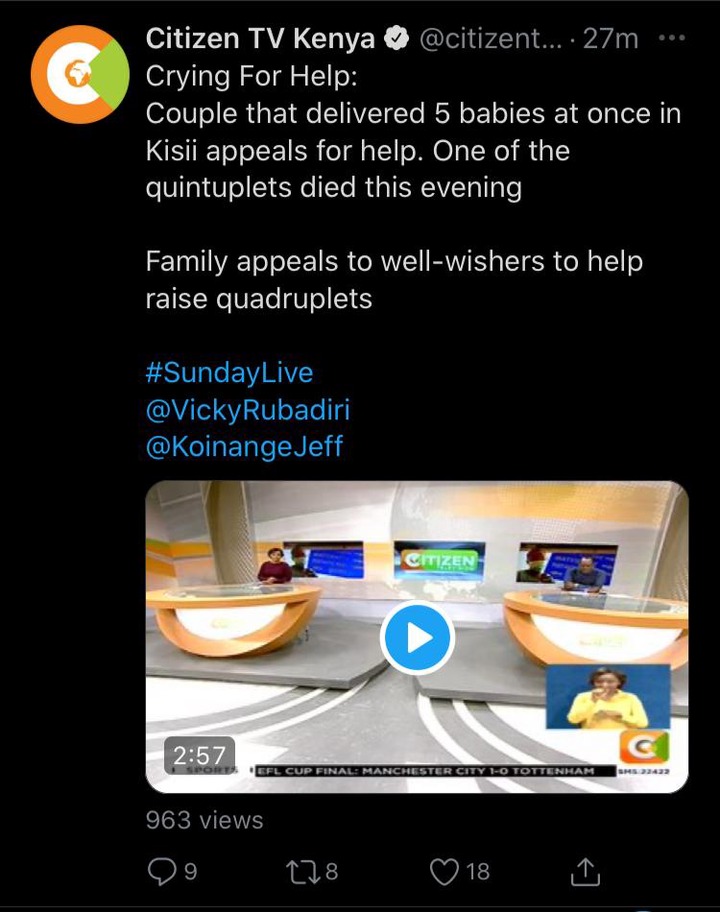