By Annnjeri (self meida writer) | 5 days

Police Detectives have arrested two men in Lamu after they shamefully forced themselves on a mentally handicapped woman on Monday morning at the Sina Mbio area in a deserted house.

The two men who have been identified as Shadrack Murimi Maina and Hiribae Kokane of ages 42 and 43 years respectively met the woman while in the company of Nyumba Kumi elder Samuel Ngumi while they were on patrol and since Ngumi was concerned with the well being of the woman, he left to seek for help under the watch of the two men. 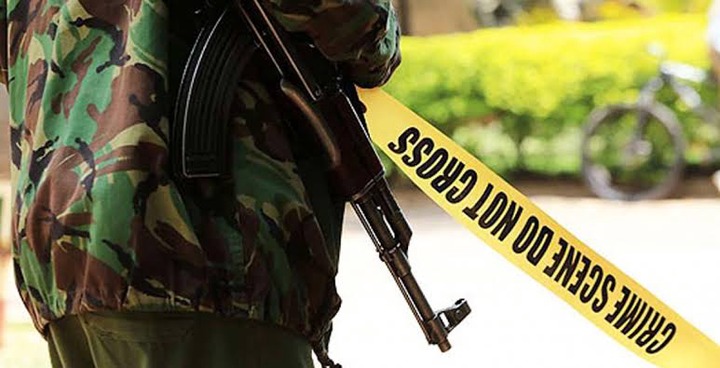 When he returned, however, Ngumi was dumbfounded when he caught Murimi on the act while Kokane had already committed the heinous act and fled from the scene.

"However, Ngumi got a shock of his life when he returned to the spot and caught Murimi on the act of raping the intellectually disabled woman. Kokane had already taken his turn and fled the scene. The incident happened between 8 am and 9 am on Monday."DCI Tweeted. 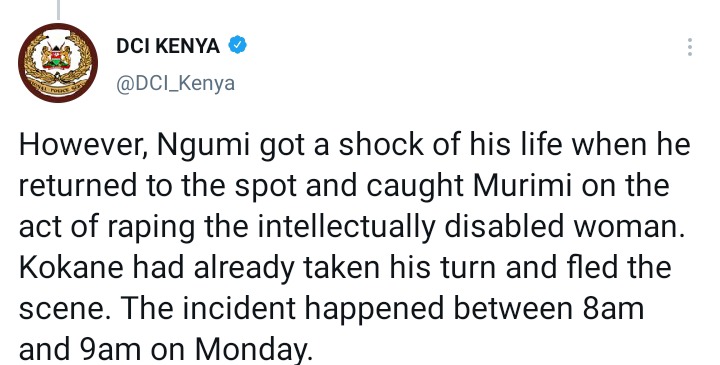 The efforts of irate villagers and the police saw the men in uniform swiftly arrest the two miscreants who will now face charges as detectives finalize investigations into the ugly and unfortunate ordeal.

Daylight Drama as Lang'ata Man is Caught Red-handed With Two Girls in The Room, Who Reported Lost

Just In; New Covid-19 Directives Have Been Introduced in Embu County After Worrying Details Emerges

Squabble Between 2 Friends Leaves One Dead. Police Reveal It Was Work Related