Concerns have been raised following an incident that happened today in the morning after Several suspected car jackers were caught on Camera trying to Rob A woman. 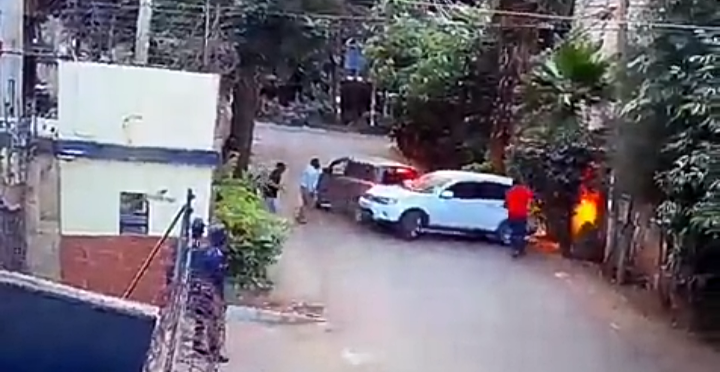 In a video that has been shared by a reliable source of information, the suspects could be seen trying to Rob A woman in a white vehicle before she manages to flee from the crime scene forcing the suspects to abandon their mission.

While reacting to this incident, kenyans who took to their different social media accounts to express their opinions and suggestions on the matter have called upon the inspector, General of police along with the director of criminal investigations to facilitate the arrest of the suspects who were caught on Cctv doing this.

According to the reports given by most Kenyans, they claimed that it was so unfortunate that the government is yet to do something about the increasing cases of crime in the country despite the fact that Alot of people are currently Loosing their lives on in this kind of incidents.

This is happening at the same time when the government through the interior Cabinet secretary, Dr Fred Matiangi has called upon kenyans to make sure they stay vigilant and at the same time, work hand in hand with the police in order to get rid of these suspects.

In his own words, Matiangi said that one of the main reasons why it's taking time for them to get rid of the suspects is due to the fact that some of them are being helped by locals.