By LeilaMisango (self media writer) | 1 year ago 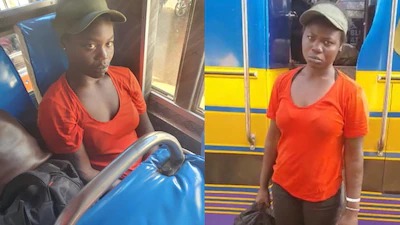 A woman who was found in private thinking she was abusing her boss's children at the Donholm Nairobi home is currently a government guest.

The housekeeper who initially had the idea that Gladys Naliaka Nalianya was handling two Kenyan identifiable certificates when investigators removed her from Busia transport.

Analysts recruited from the Directorate of Criminal Investigation (DCI) had placed her on their radar after the former superintendent of the house supervisor requested data leading to her arrest and the prospect of evading capture by moving to Uganda.

It is acknowledged that she has few roots in a united country. She has for a long time fell on a trawl while to Busia on Eldoret Express on Saturday, March 13, ending up searching for a woman whose analysts were shown to be aggressive.

Naliaka had been fired from her two-year job where she received compensation of KSh 15,000. Clearly, she could not help but argue with her manager who was only known as Mama Maina after the sack and allegedly risked anonymous activities.

Upon the arrival of the attack, Naliaka secretly hid again inside her boss's house without being seen simply to beat and injure her boss children.

William Ruto Taken To Court Over This