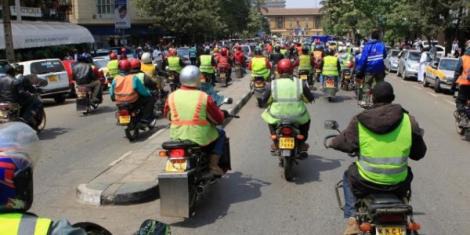 It has now emerged that a boda boda rider who was recently killed in Kiambu County allegedly thought the officer who wanted to arrest him was a thief before he tried to engage him in a fist fight.

The Standard reports that the 28-year-old George Owino was allegedly beaten by a plainclothes officer who was enforcing curfew hours regulations last week in Kimbo, Kiambu County.

“He thought it was a thief who had snatched his keys and this led to a fight,” said the witness. 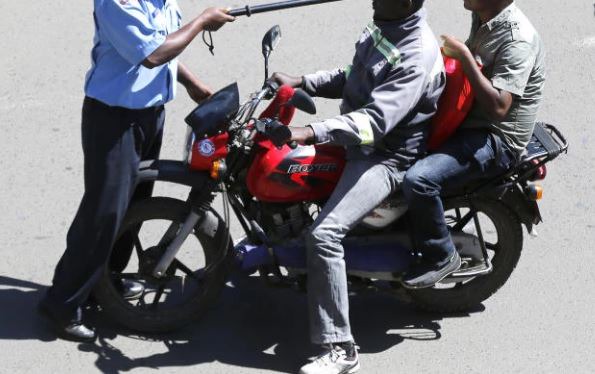 Police and boda boda rise at past scene/Courtesy

The witness told the publication that the officer approached the rider who had parked his bike at Kimbo at around 8:30 and forcefully took the keys of his motorbike.

However, the rider grabbed the key back before running away. The officer is said to have chased after him and catching him, he removed his handcuffs and started hitting the man.

The family is now demanding justice for their son.

The deceased's wife Monicah Awuor said police had claimed that he was killed by a mob, allegations that she sharply refuted