Incidents where villages have been raided by bandits have been on the rise in the country in the recent past with the government doing everything they can to bring the situation under control.

Such acts have been condemned by the general public and the government has stepped up efforts in ensuring that peace is restored in these areas with immediate effect.

These bandits have been known to even raid police stations where they steal guns and have on numerous occasions killed police officers who were on duty after overpowering them.

A few years ago, about 49 police officers who were in pursuit of the bandits were ambushed and killed in one of the most bloody scenes ever witnessed.

This evening, according to the available reliable reports that we have from the official social media handle of the National Police Service, eight police officers have been killed while a local chief and two Kenyans have been killed as well.

The officers were in hot pursuit of Pilot bandits who had raided a village and stolen cattle from the place.

They had done this in a village in Turkana East after which the officers were mobilized and were in pursuit of the bandits.

The officers were in hot pursuit of Pokot bandits who had earlier on raided a village that is found in Turkana East and made away with livestock.

A local chief, as well as two (2) members of the public and eight (8) of our police officers succumbed to their injuries. We have dispatched additional police officers to reinforce the troops that are currently on the ground in beefing up security in the place." 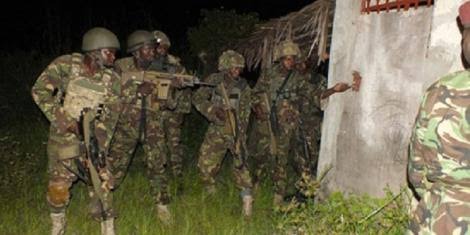