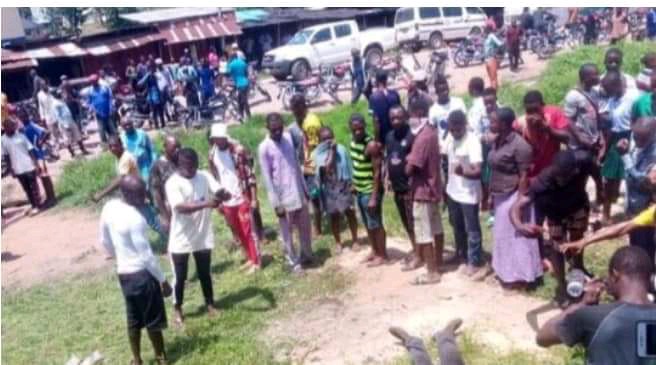 Nowadays death rate has been vividly increasing day by day across different counties here in Kenya and the other parts of the world. Most of these deaths cases are spearheading due to certain factors like depression, stress,disease, different forms of crimes among others.

According to the news report that has been shared on Facebook by digital cops group, a 30 year old man residing in Majengo has allegedly killed her 8 year old daughter yesterday's night after wrangles evolve between him and her wife. That death arose after he attempted to hit her wife using a wooden object but his attempt failed hence losing direction and hitting her eight year old daughter who was standing next to her mother.

Later that man and her 30 year old man attempted to rush her at the nearest hospital but after arriving at the hospital the attempts of doctors to treat her because her critical condition was worse hence being pronounced dead after arrival.

Those two parents have now been arrested by the police officers and are expected to be taken to court to face the murder charges against the minor. 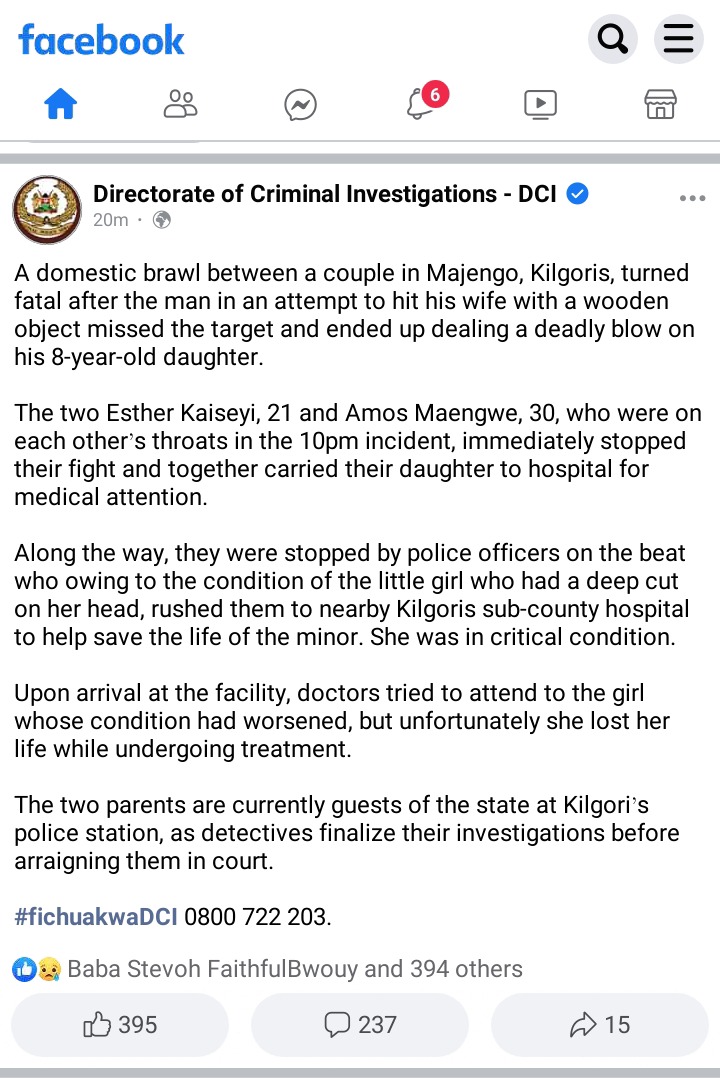 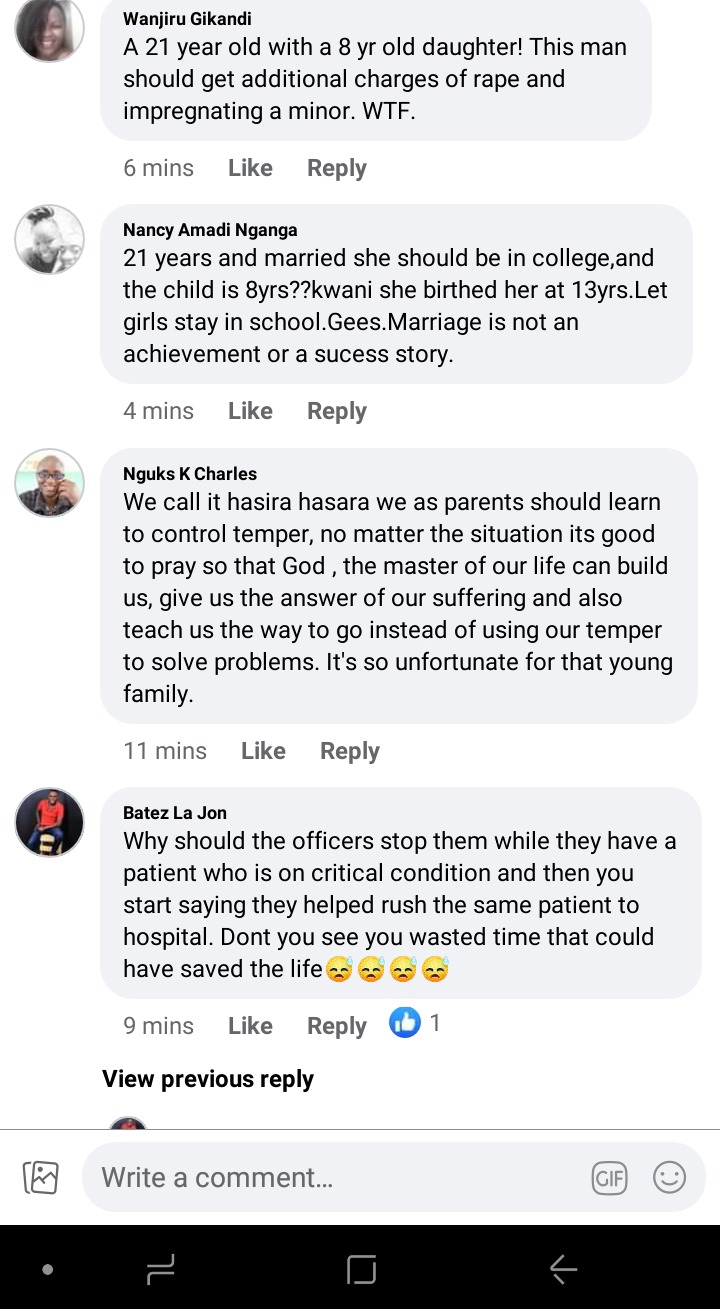 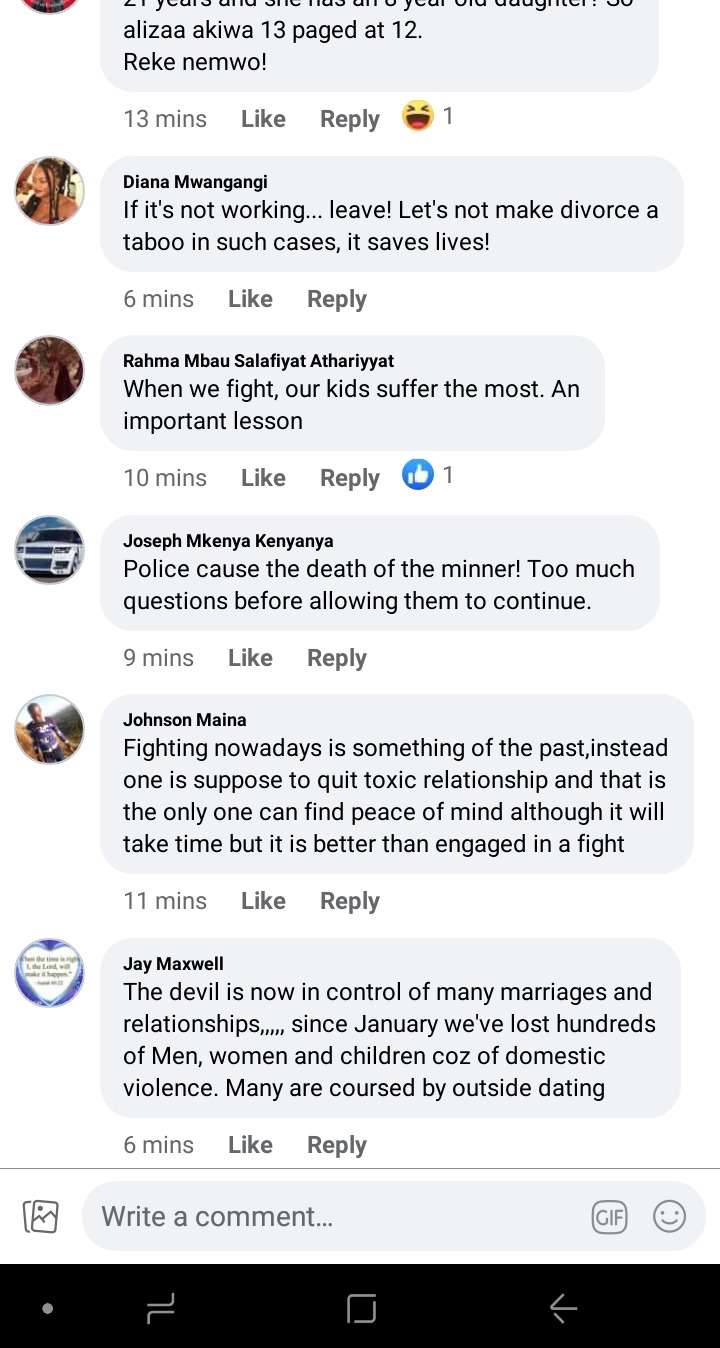 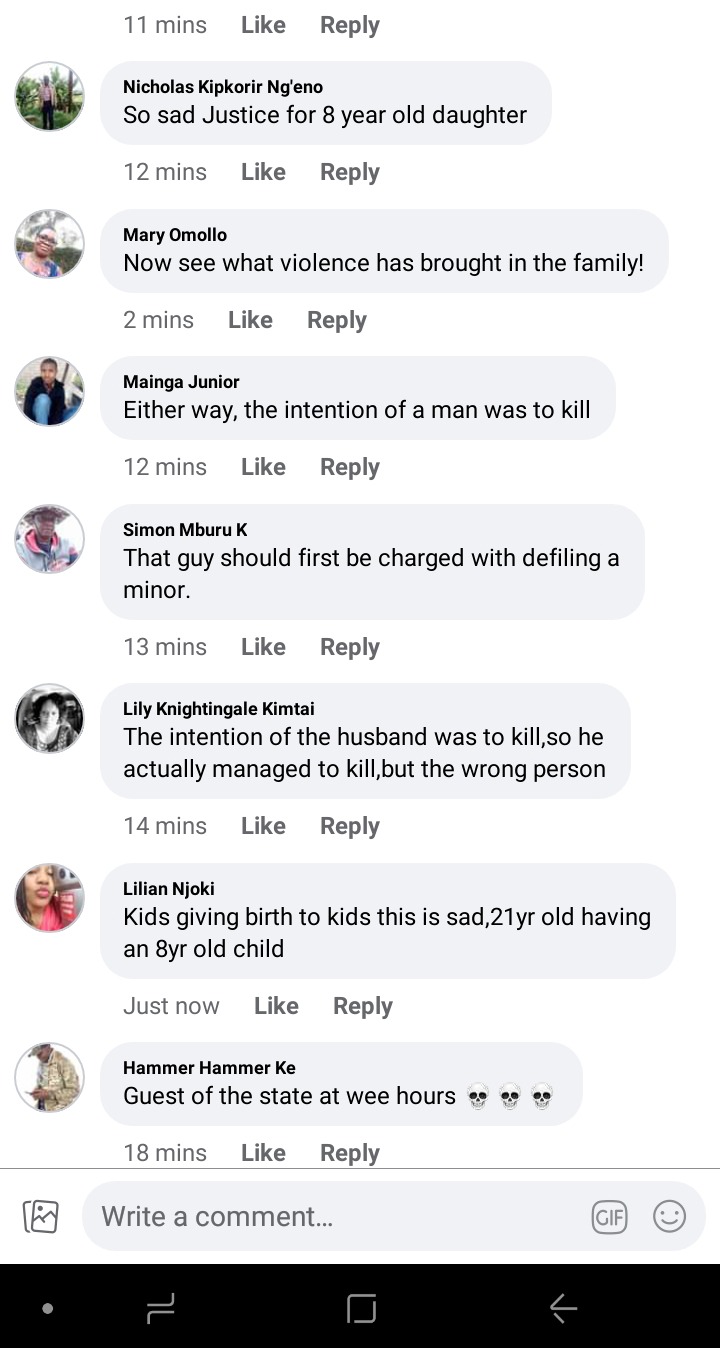 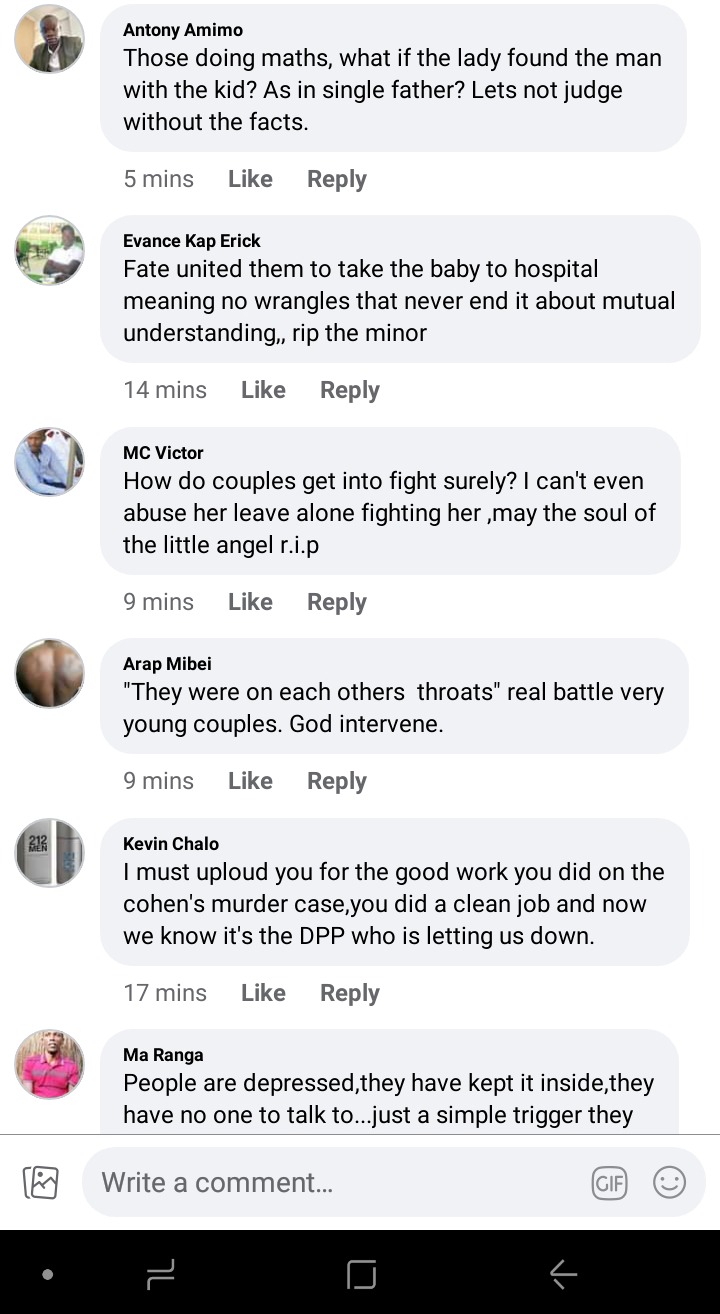 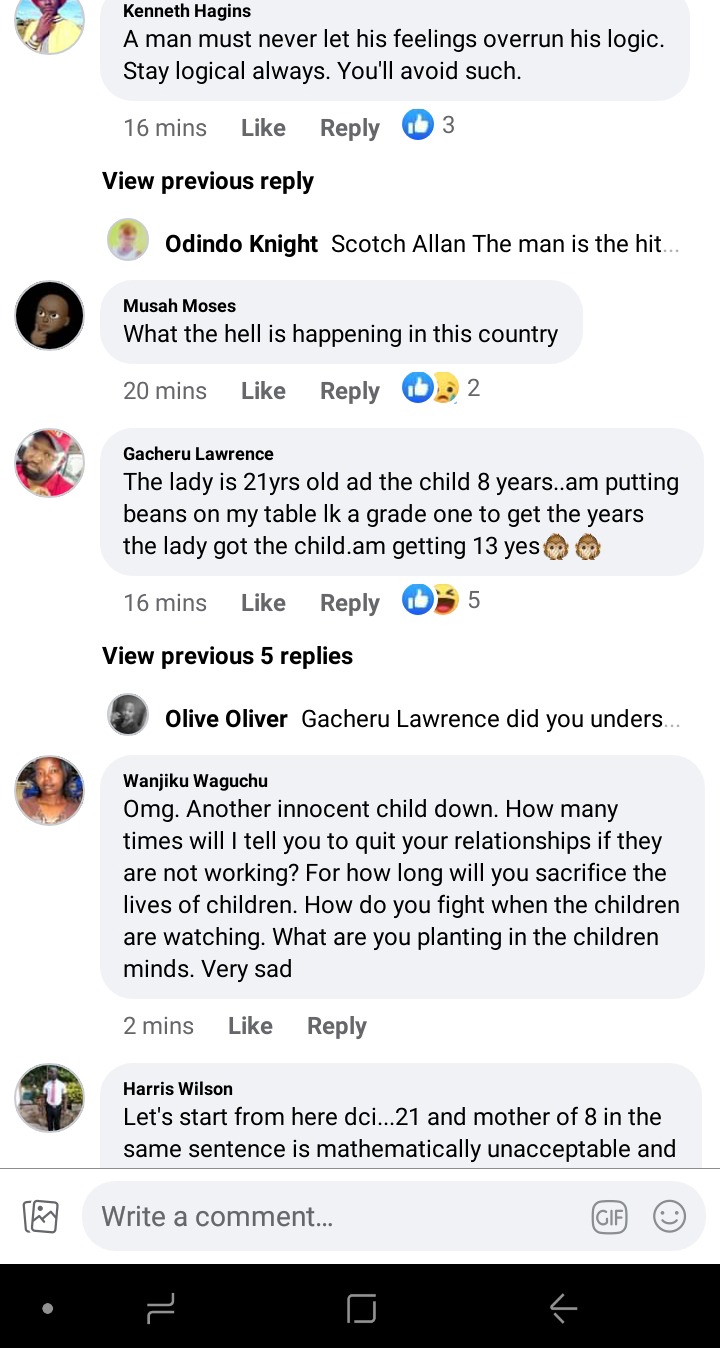 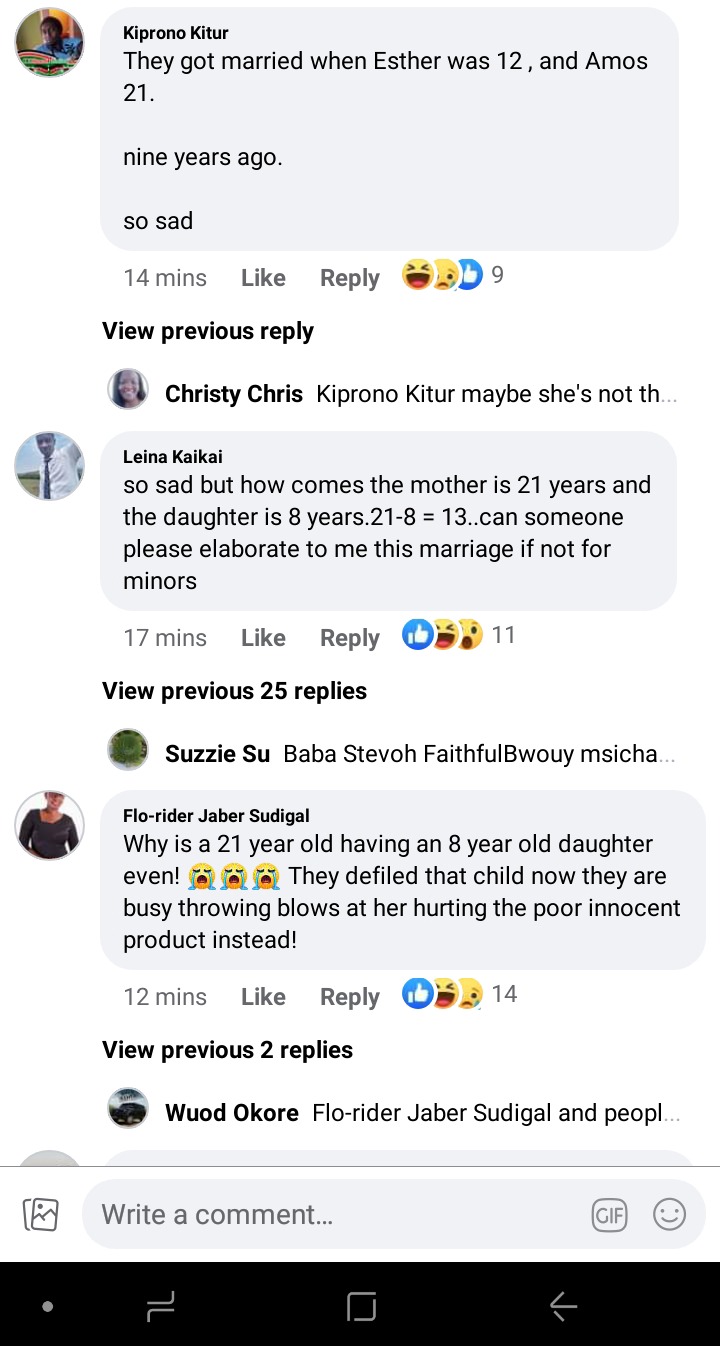 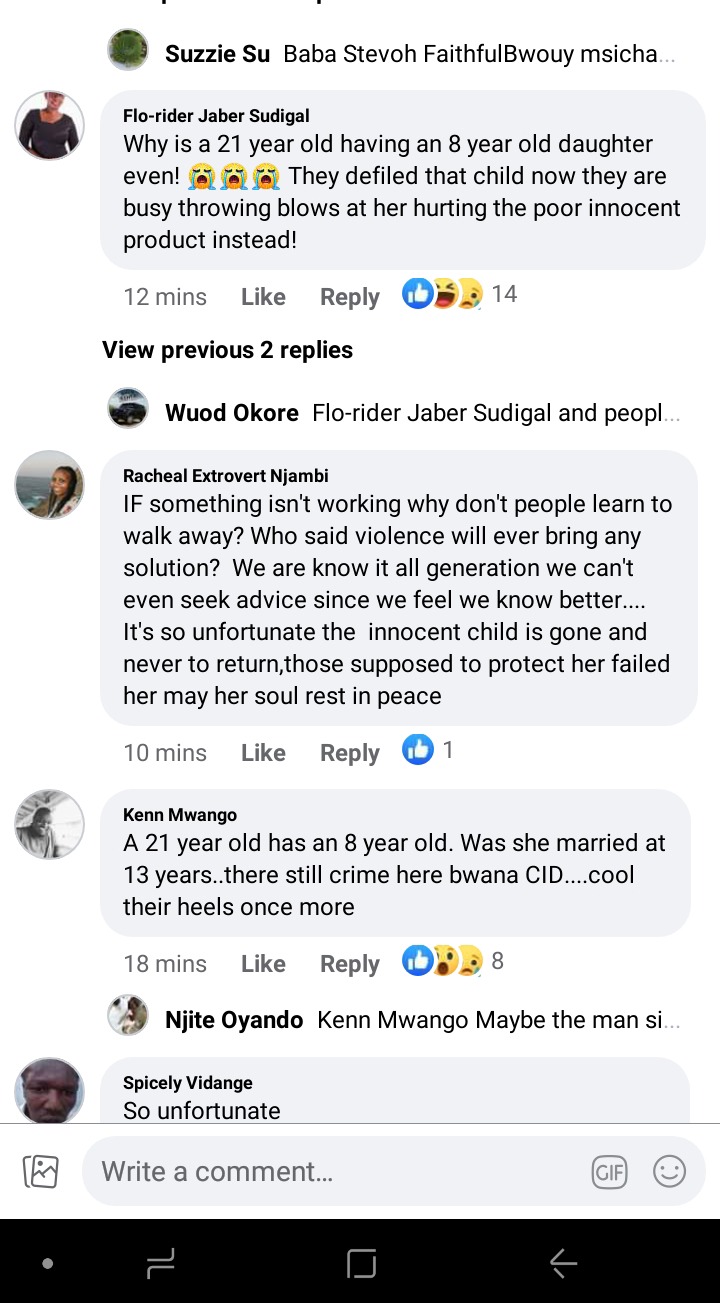 We are wishing her soul to rest in peace and dance with the angels. Thanks for reading and also don't forget to share your opinion and thoughts concerning that incident and stay tuned by following my profile for more breaking news.