The family of a police officer from Limuru who allegedly shot and killed herself has revealed that she was cremated in accordance with her wishes about the disposition of her body. In a recent occurrence, Edith Nyawira, who has been identified as the deceased, was discovered dead in her home. According to the police reports, she may have committed suicide because her gun and a suicide note were discovered at the scene of her death.

In discussing her passing, the deceased's family stated that she purportedly wished her partner well. In addition, it was discovered that she begged her sister to take care of her child, as well as various other details that they could not share with the public.

According to the accounts provided by the deceased's family, she reportedly requested that she be cremated.

Kenyans who turned to various social media platforms to share their ideas and suggestions on the topic have demanded that the inspector general of police, Hillary Mutyambai, undertake an investigation to determine why so many police officers are currently losing their lives on a daily basis.

According to the reports of the majority of Kenyans, it is regrettable that the government has not yet taken action against the rising crime rate among police officers, despite the fact that this is becoming a trend. 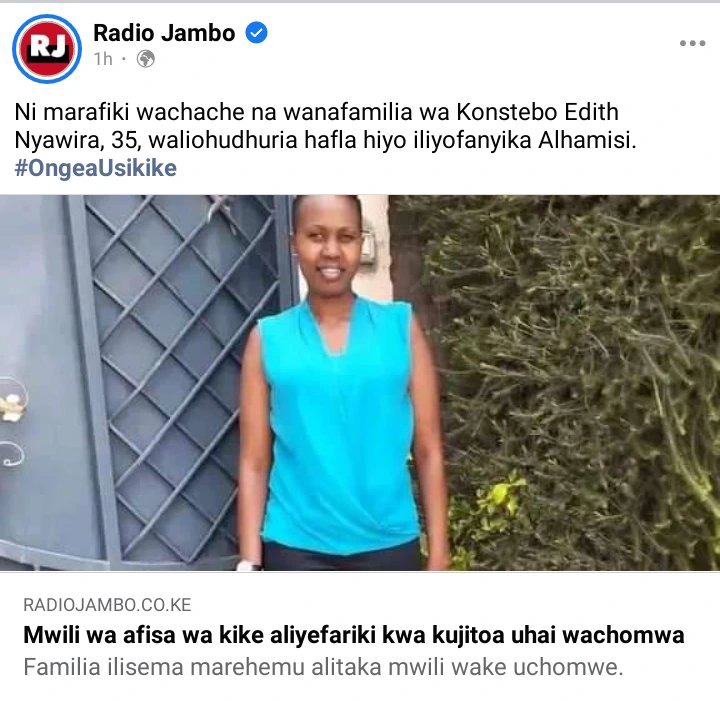