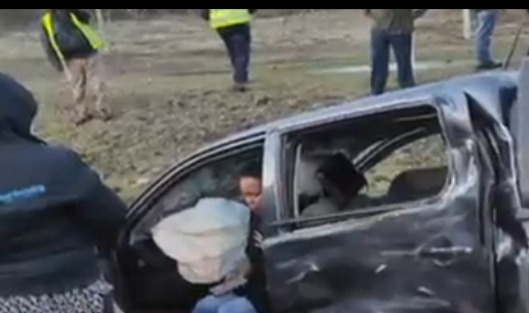 One man who is accused of causing the death of two motorbike riders in a grisly road accident that happened in Nairobi's Southern Bypass has still not been identified. It is alleged that the man hit the two riders who later lost their lives but no one knows his whereabouts

The man who is alleged to be a close friend to Inspector General of Police is reported to have been drunk during the accident. The two riders lost their lives after being knocked down by the man who later fled the scene of the deadly accident. 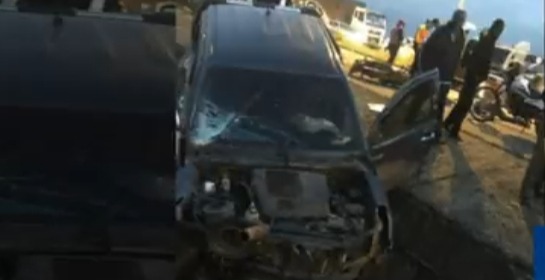 According to a report by Citizen Television, no information about the man has been revealed yet. Besides, there is no statement recorded in the Lang'ata Police Station about the said accident. The said car that caused an accident is still lying at the scene and has not yet been towed to the police satation.

It has since become difficult to unravel the puzzle surrounding the incident since no reliable information has been provided for investigations into the matter. 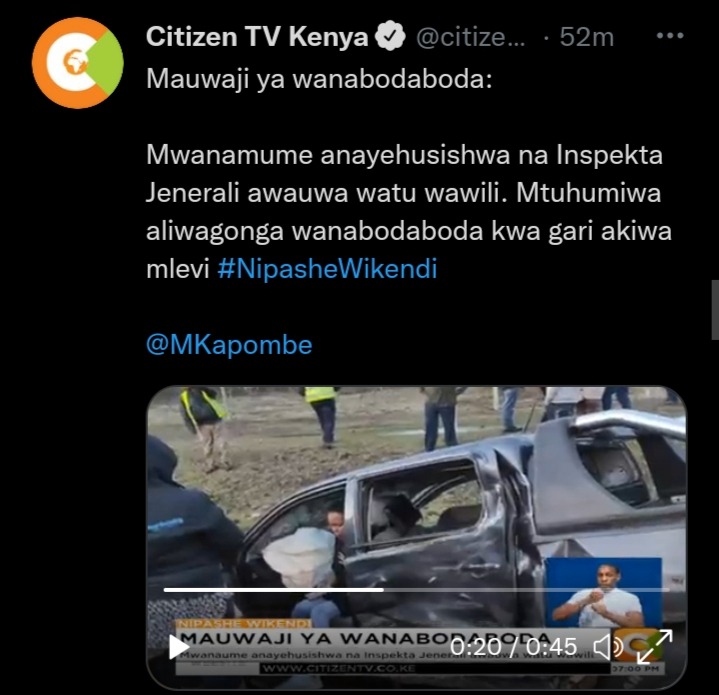