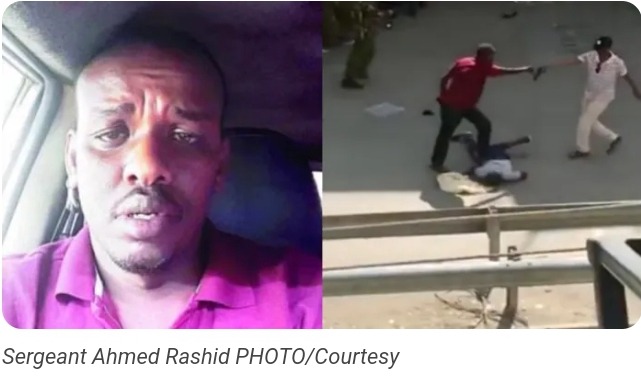 Ahmed Nasir Rashid, was pictured shooting two suspected robbers one identified as Jamal Mohammed and the other was Mohammed Aderi in Eastleigh. A matter of fact according to the pictures, Nasir pulled one pistol from the thugs and used it to end their lives shooting them continuously until they were no more. Apparently, family members of the two pressed charges claiming that their sons were not robbers and that they were not arraigned in court to prove whether they were guilty or not. 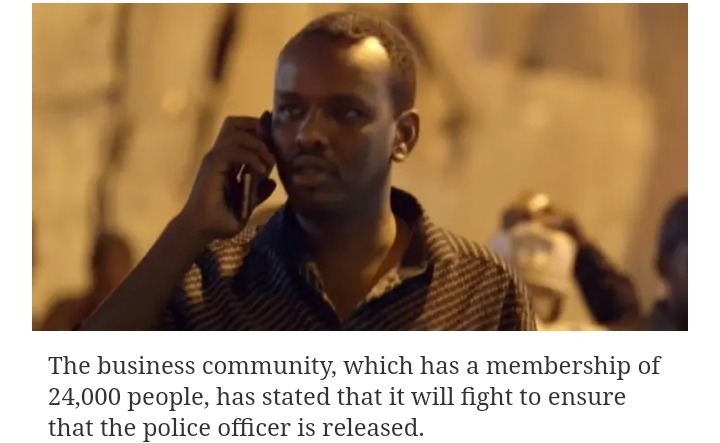 Apparently, according to Citizen, Eastleigh Business Community (EBC) now wants the Independent Police Oversight Authority (IPOA) and the Directorate of Public Prosecutions (DPP) to drop charges against police officer Ahmed Rashid. The 24,000-members of the business community has declared that it will strive to secure the police officer's release. The police officer is facing murder charges in the 2017 killing of two suspected criminals acted within the law. 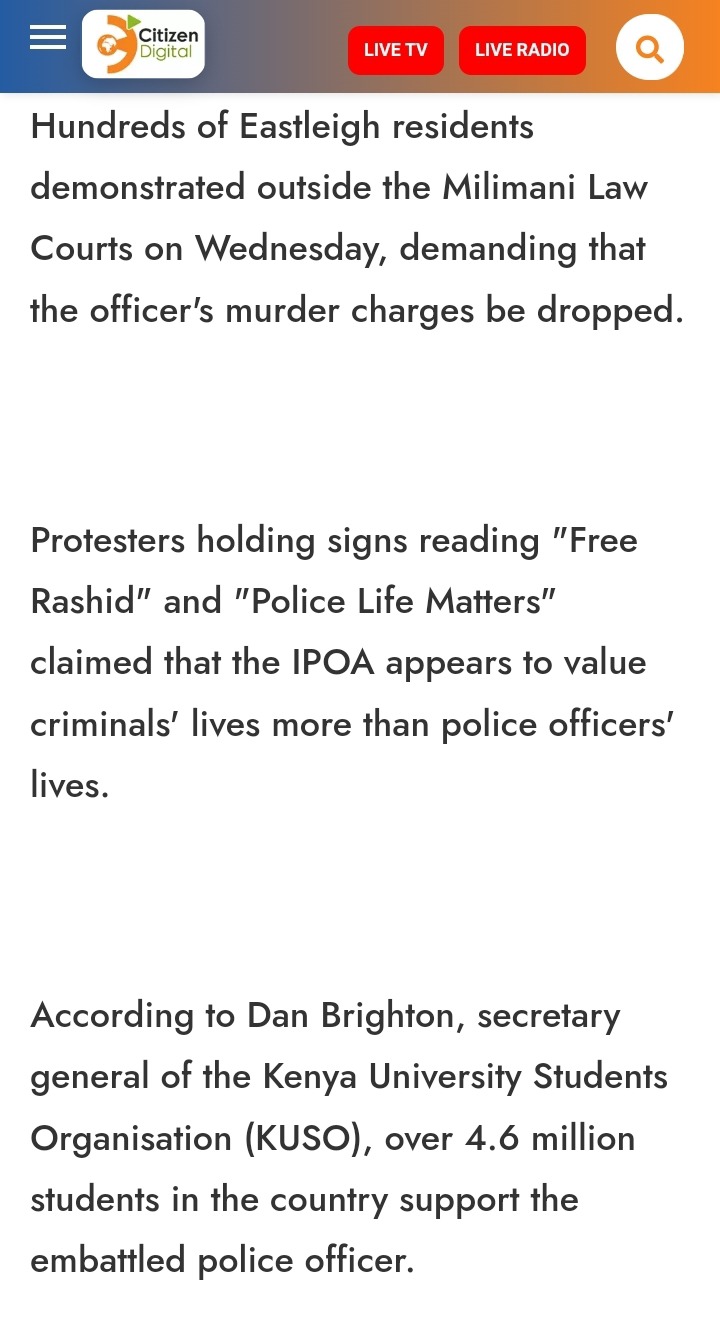 According to Citizen, on Wednesday, hundreds of Eastleigh residents protested outside the Milimani Law Courts to call for dismissal of the officer's murder charges. 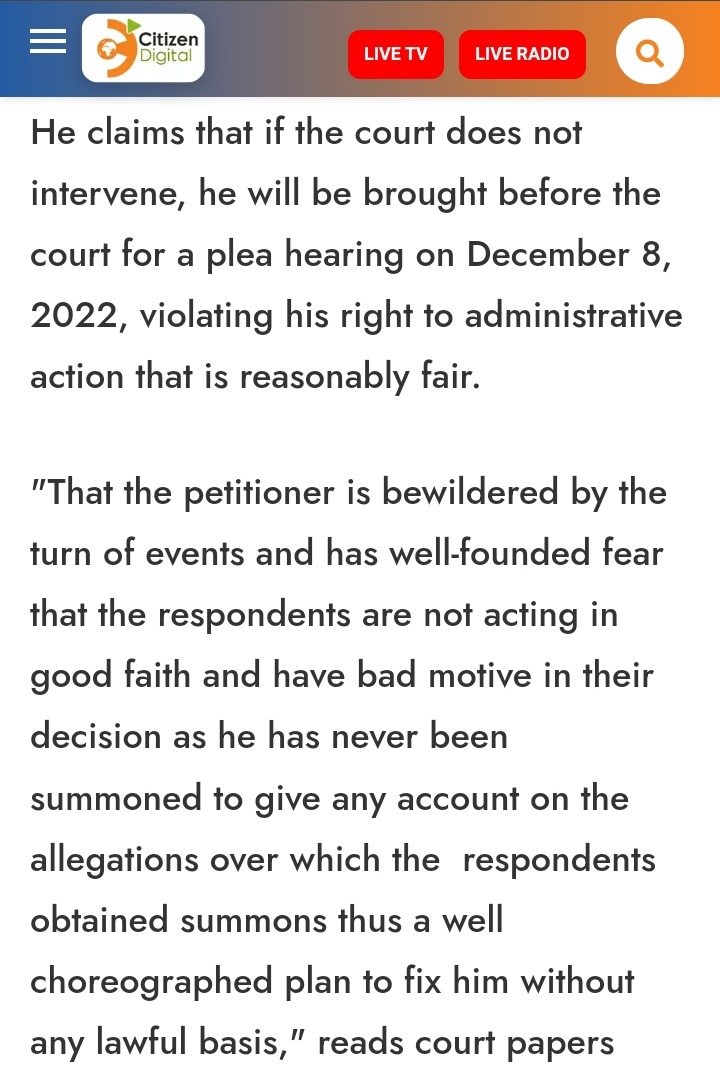 According to reports from Citizen, the Pangani Police officer Rashid Ahmed Hassan, who is accused of killing two suspected thugs, has filled an application seeking to have the Directorate of Public Prosecutions (DPP) review murder charges against him. Source, Citizen. 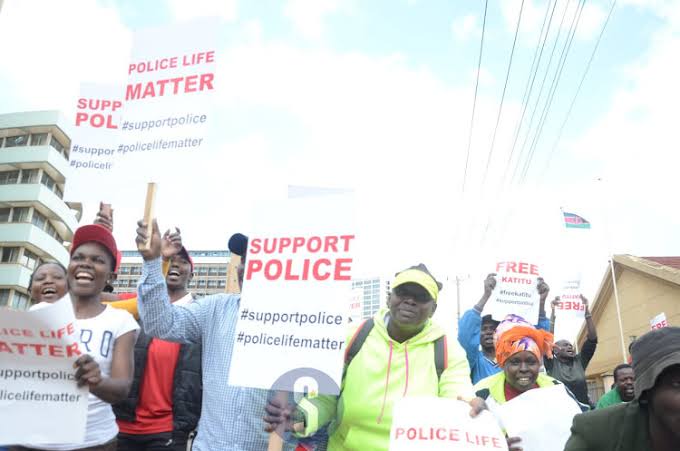