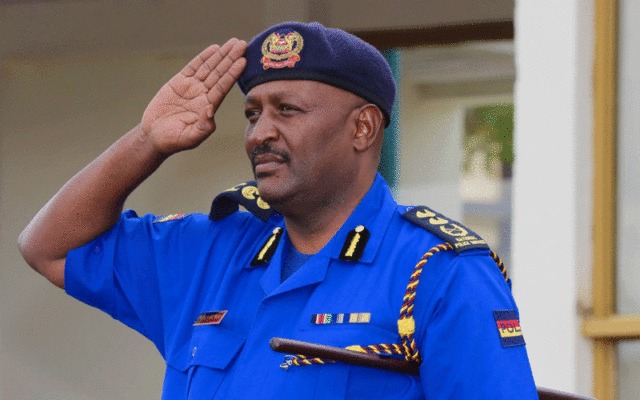 This was not immediately responded to by the police, and neither did Abuga make any further claims or reveal his source of the information.

The NPS has however come out to clear the air, terming the claims by Abuga as being 'fake news'. They responded directly through the NPS's twitter handle, which the IG uses to engage the Kenyan public, through a forum called 'Engage The IG'. 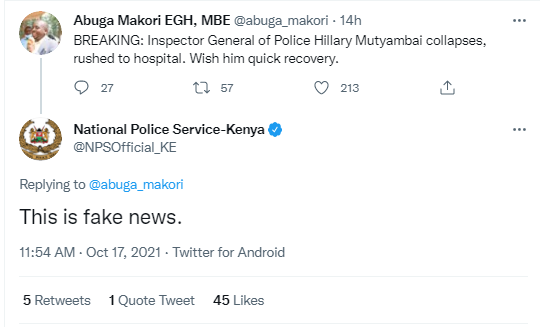 Kenyans online have been quick to condemn Makori if indeed he released false information. Others have however alleged to the possibility that maybe there is some truth to what Abuga alleged, but it would be almost impossible for the NPS to admit to it, as then they would have to explain the IG's health condition, if any.

In May this year, the People Daily claimed through an article that the IG had been admitted in hospital for several days, with his condition kept a closely guarded secret.

Naivas In Family Dispute Over Billions