By Joylnjay (self media writer) | 6 days ago

More than 20 people are nursing critical injuries at Molo sub county hospital after the vehicle they were traveling in was involved in a nasty accident at Muchorwet along Molo- Olenguruone road. The newly bought vehicle of registration number KDA is said to have been traveling at high speed.

The 14 seater PSV headed to Olenguruone hit an oncoming private vehicle Toyota Probox before rolling severally, landing on a ditch. The passengers on board the ill-fated vehicle suffered broken limbs, ribs, and cuts from the broken windows.

Molo sub-county OCPD, while clearing the scene said that both the vehicles were in the wrong, the PSV was on his lane but was at unfathomable speed, the private vehicle was trying to overtake another vehicle before it collided head-on.

"Both vehicles were at fault, the PSV was on a fatal speed, this is a sharp corner and the maximum speed is 50KM/H, the private vehicle out of recklessness swayed onto the other lane, he was trying to overtake another vehicle., The matatu was as well overloaded and will be added to the driver's charge sheet," He said. 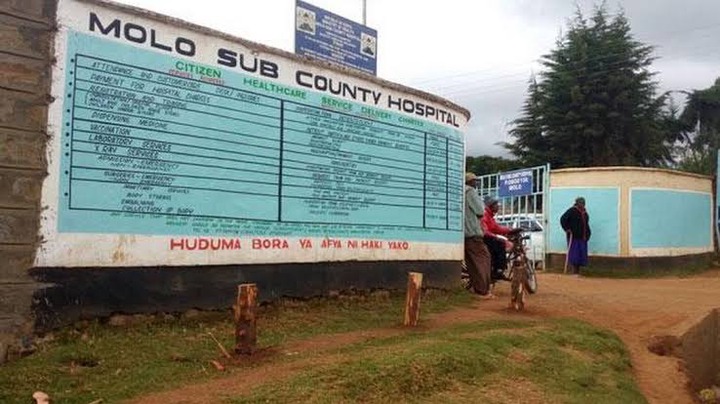 Among those aboard the PSV was Kiptoo a student who had gone to Nakuru town to process HELB loan application, he said they had complained about long about the speed but the turn boy boasted of how the ' machine' was from the showroom and they were testing how far it could go.

The OCPD took the chance to warn road users to be vigilant on the road and avoid risking the lives of those they are carrying. He added that the two drivers who are fighting for their lives in hospital will be held responsible for driving recklessly

Passengers aboard the private vehicle suffered minor injuries and most were treated and discharged. The carnage of the two vehicles was towed to the Molo sub-county police station as further investigation continues. 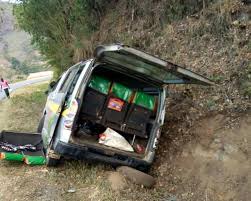