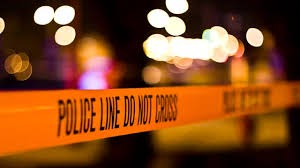 A form four girl aged 17 was killed by her boyfriend aged 27 over a domestic discord. The police say that the boyfriend stabbed the girl, several times resulting in her demise, before turning on himself and attempted to commit suicide.

He was rushed to hospital after found to have suffered neck and stomach injuries waiting to be investigated and booked for a hearing in court for the case. The weapon covered in blood said to have been used by the man was recovered at the murder scene.

Cases of domestic violence in the country have increased in the country resulting in murders and suicides. Mental health is among the issues that have led to the increase of domestic disputes in families. In recent days even police officers are killing their partners and turning on themselves.

There has also been a rapid increase of young schoolgirls, not yet aged 18, getting involved with older men.

Content created and supplied by: wanjagrace59 (via Opera News )