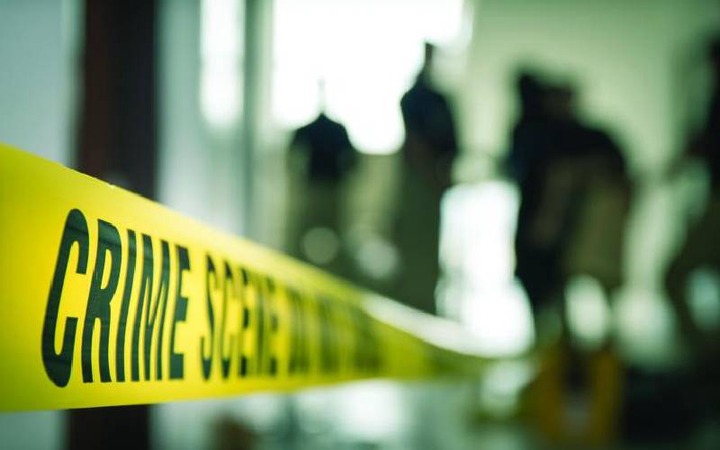 At Kangemi, Nairobi, a police officer shot and killed six people, including his fiancée; the cop then killed himself with the same firearm.

Purity Cheruiyot, Officer Benson Imbatu's next-door neighbor, reported the incident to Kabete police at 1 a.m.She claimed she heard a huge bang coming from the house where Imbatu and his wife, Carol, lived.

"There was fire in the residence after that," police stated in a statement.Officers arrived at the spot after receiving Cheruiyot's complaint and discovered Carol with a gunshot wound to the neck.

Imbatu, police say, was armed with an AK47 and went on a shooting rampage, killing five people, including two boda boda riders.One of them died at the Kenyatta National Hospital while receiving treatment. 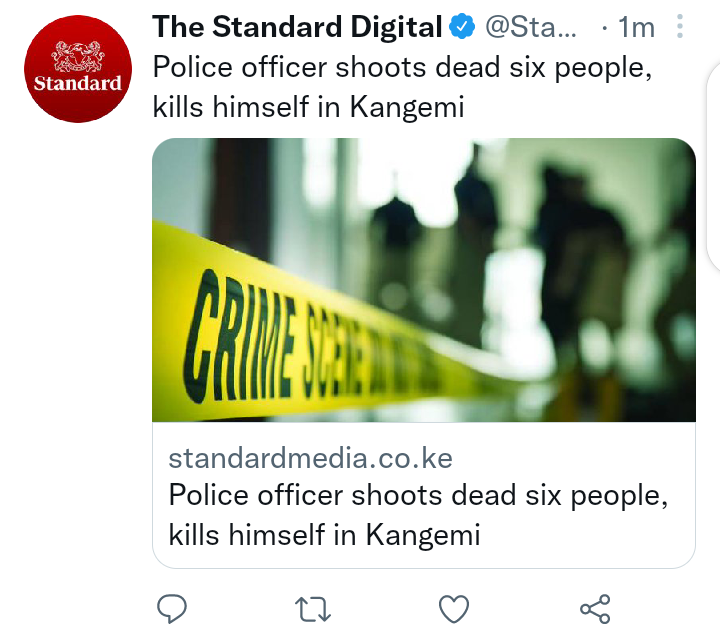 Two more people were injured by gunshots and are being treated at KNH.Imbatu later took his own life.Four bullets and four empty cartridges were found with the gun.Police say more information, including the identities of the victims, will be released in the coming days.

Get to know the Millionaire Kid who is about to retire.

Cosy Photos of Thee Pluto With His Bae Felicity Shiru.

"My son and I Have Received Death Treats" Mwalimu Rachel