The directorate of criminal investigations has opened up about an incident that happened today in the morning after a police officer from Kangemi allegedly opened fire killing several people over unknown issues. 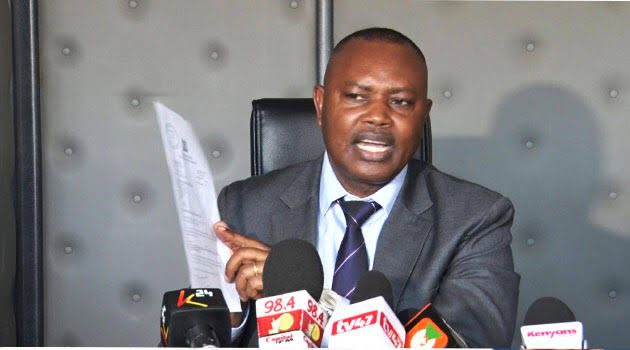 Confirming this incident, the directorate of criminal investigations has revealed that the officer who has been identified as constable Benson Imbasi allegedly shot and killed his girlfriend, went out and opened fire killing several people including a number of Boda-boda operators who were rushed to the hospital where they are currently receiving medical treatments.

According to the reports given by the DCIs, they claimed that one of the police officers who has been identified as Purity received an alert from one of the locals who alerted her about a Police Officer who was shooting random people. This was followed by a dramatic scene after she alerted other officers after which they rushed to the crime scene only to find the officer dead.

So far, the motive of the officer is yet to be disclosed, expressing their opinions and suggestions on the matter, the directorate of criminal investigations have called upon kenyans urging them to make sure they stay vigilant and at the same time, report this kind of incidents.

While reacting to this incident, kenyans who took to their different social media accounts to express their opinions and suggestions on the matter have called upon the government urging them to find a solution to the increasing number of rogue police officers In the country.

According to the reports given by most Kenyans, they claimed that most of these police officers tend to do this due to the fact that they don't know how to handle their mental issues and for this reason, kenyans urged the National Police Service to conduct a mental assessment test on every officer. 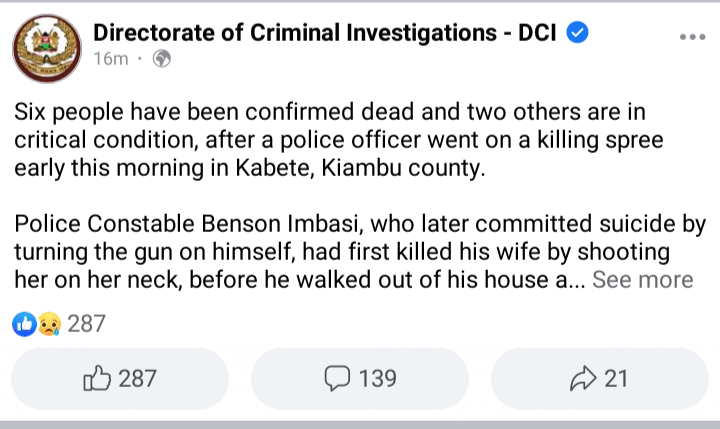 Stay away from ginger if you have these health conditions

Dangerous Side Effects Of Ginger When Overly Consumed

Common Private Part Infection In Men That Should Be Taken Seriously.