The two thugs were on a robbing spree shot near Yaya Center. 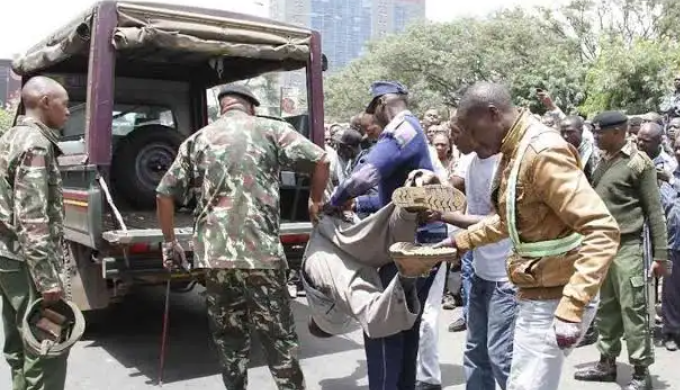 It is reported that before their shooting, the two robbers were terrorising and robbing members of the public at Yaya Center.

Police Officers on a patrol spotted motorcycle the thugs were riding on and challenged them to surrender, but the thugs shot at the officers before a chase ensued. However, on noticing the fast approaching officers, the thugs abandoned their motorcycle and fled on foot off towards Lenana Road.

Police officers finally caught up with the thugs who declined to surrender and started firing at the officers. A fierce shoot-out ensued before the police manged to fatally wound the suspects.

After the incident, officers recovered a mini revolver and four mobile phones. The firearm was handed over to DCI ballistic experts for examination.

Crime scene officers documented the scene and the bodies of the felled robbery suspects were taken to the morgue awaiting identification and post mortem.