Seven Tragedies That Occured During Christmas

By iannaiZZ (self media writer) | 1 year ago

In the early 2000s, the Lord's resistance army was a formidable Christian resistance cult. It was reasonably strong but more bent on terror and ruthlessness in its pursuits. In the Democratic republic of Congo, they went about terrorising locals. They cut off peoples lips and limbs, looted , raped and slaughtered entire villages. One such massacre took place over Christmas in 2008. The terror group simultaneously attacked three villages in and around Doruma, Faradje and Duru. They lay in wait until the villagers were lost in their Christmas festivities then they attacked and killed virtually everyone and abducted more than 160 children. In the village of Batande, near the Sudanese boarder, the LRA killed at least 80 people on December 25. The combatants went on to attack another 12 villages on December 26,27 and 28. The final death toll is still unconfirmed but some sources put the number at more than 620 people . 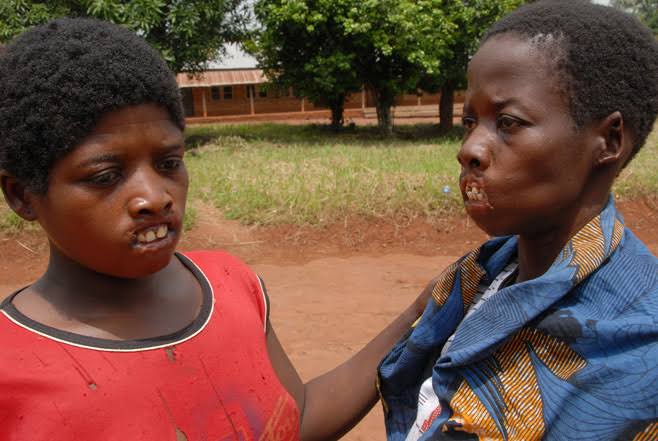 Some victims of the Congo atrocities.

Much of the tsunamis devastation happened on the day after Christmas but it all began on December 25, 2004. In the hours between Christmas day and boxing day, a massive underwater megathrust earthquake registering at least 9.1 on the Ritcher scale hit off the coast of Sumatra, Indonesia. The damage from the earthquake alone was devastating but the tragedy didn't stop there. Aftershocks continued to roll and a tsunami of massive proportion , that grew up to 100 feet high, gained strength and crushed into many countries surrounding the Indian Ocean. 227,898 people were killed in 14 countries and the total estimated damage was put at $15 billion . In some countries, entire villages were swept away by the furious tsunami leaving hundreds of people lost or unaccounted for. It was the deadliest natural disaster in the 21st century. 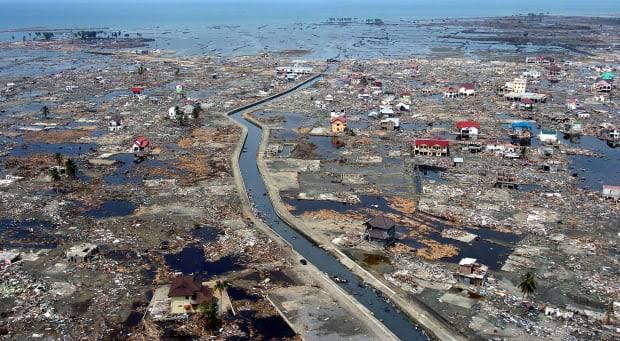 A Scene after the Indian Ocean tsunami.

FORMATION OF THE KKK

To many, Christmas is a time for peace on earth and hardly seems like a day to form a hate group. But that's what happened on Christmas eve in 1865. A group of ex-confederate army men got together in Pulaski, Tennessee and the result was the formation of a group meant to uphold white supremacy and to reverse the government's equal rights and work after the civil war. They wanted to make sure black people did not get any rights and that the segregation continued . They called for the "purification" of America and by 1870, the Klan had extended into almost every southern state. In 1867, Nathan Bedford Forrest was chosen as the first "grand wizard" of the Klan. They were soon joined by similar groups like the "Knights of the White Camelia " and the "White brotherhood" and dedicated themselves to an underground campaign of violence against politically active blacks and their allies. In its peak in the 1920s, Klan membership exceeded four million people across the United States. 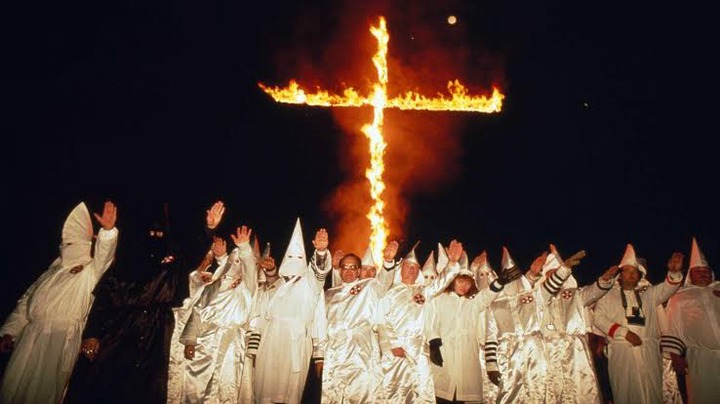 The KKK is still based in around 22 states in the United States.

ON Christmas day in 1971, it was all normal at the renowned Deyeonggak Hotel in Seoul, South Korea. People were busy celebrating and everything was peaceful. Then disaster struck. An explosion of propane gas used as cooking fuel started what ended as the worst hotel fires in history. The Daeyeonggak, a 21 storey, 222 room hotel full of revellers was quickly engulfed in flames. By the time the blaze was finally put out, more than ten grueling hours later, 166 people had lost their lives and another 63 were injured. 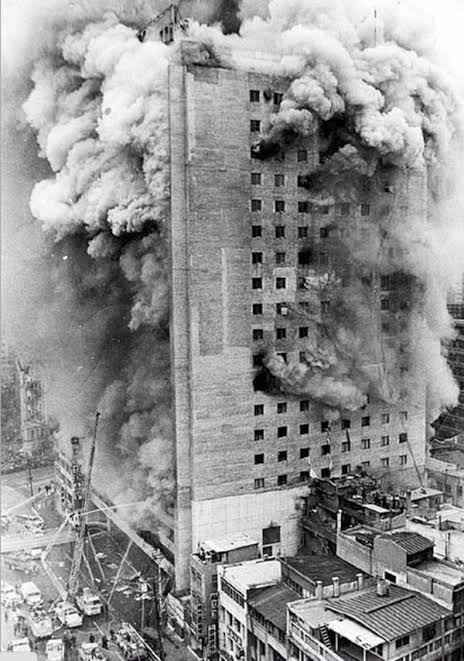 The Daeyeonggak fire was the worst hotel fire in history.

THE USSR INVASION OF AFGHANISTAN

At around midnight on December 24, 1979, the Soviet union sent over 8,000 men into Kabul and they attacked the palace. The Afghans resisted fiercely but they were soon overwhelmed. Thousands were killed and by December 27, the Soviets had overrun Kabul and had formed the Marxist people's party and instilled their own rule. It would not be until 1989 that the Soviets were finally driven out. 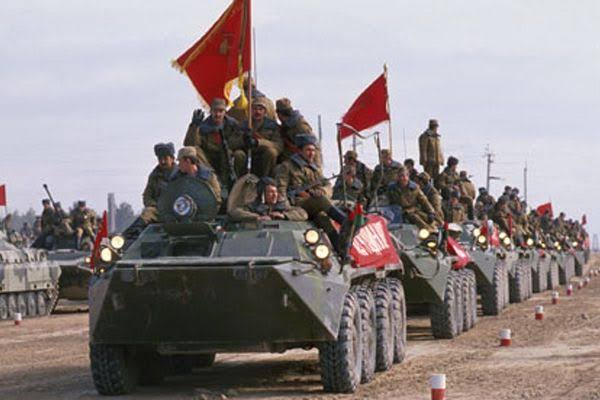 On Christmas eve in 1953, a train ride through scenic New Zealand ended in tragedy. The Auckland to Wellington express train full of celebrating passengers plummeted into the Whangaehu river after the Whangeahu River bridge collapsed. More than half the 285 people on board died in the crash or in the surging waters that engulfed the train cars. It remains New Zealand's worst train accident. 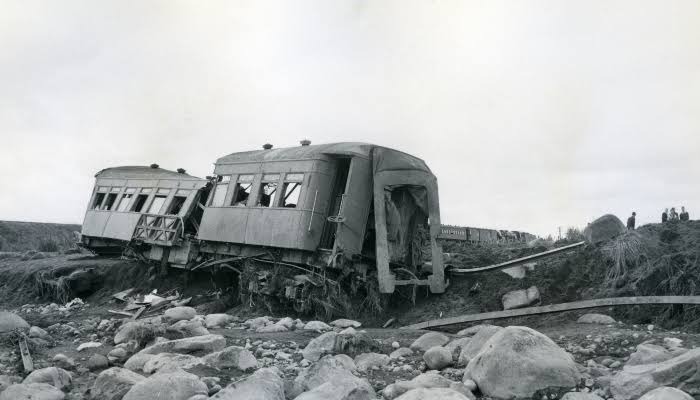 A scene of the train accident.

Darwin, a small town in the Northern Territories of Australia is prone to cyclones. In 1974, an easterly storm that had been predicted to pass clear of the city suddenly turned towards it. Wind gusts that reached speeds of 217 Km/h pummeled the city just before instruments failed. The category 3 hurricane ravaged Darwin from Christmas eve to Christmas day killing 71 people and when at last the winds settled, 70% of the town including 80 % of the houses was destroyed. More than 25,000 of the 47,000 inhabitants were left homeless. It caused $645 million in damages. 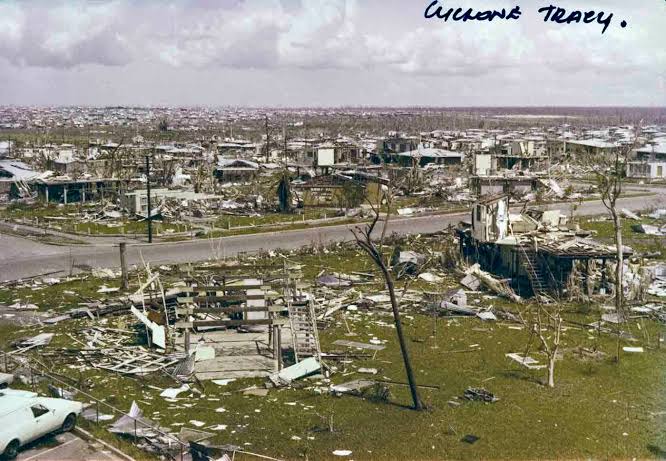 Content created and supplied by: iannaiZZ (via Opera News )

What Happened When Hussein Joined Ruto In Karen